Save Sabah from losing its Biodiversity 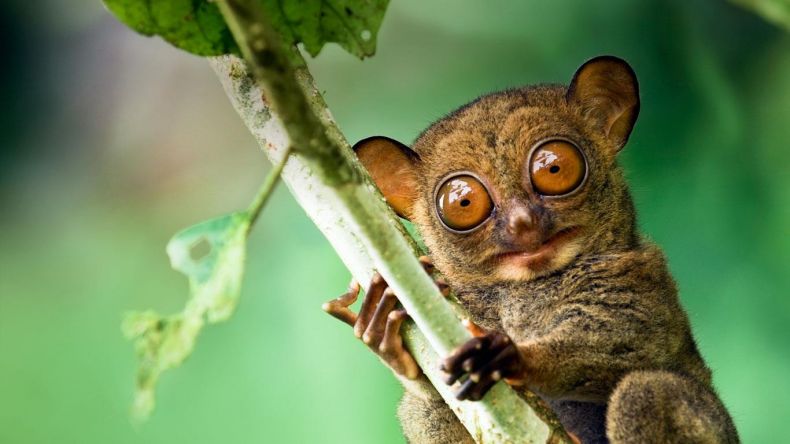 A western tarsier in the Danum Valley of Sabah gazes from a tree. Photo Credit: Pinterest

Sabah is a hotspot of biodiversity, but the state is losing much of that very biodiversity, and fast. In fact, Sabah’s wildlife is already a mere shadow of its former self because of destructive human activities.

Many local politicians openly acknowledge that much. Among them is Pang Nyuk Ming, assistant minister of the state’s Culture, Tourism and Environment.

“There was a time when rhinoceroses, elephants, bantengs, orangutans, proboscis monkeys, sun bears and clouded leopards roamed wild and abundant throughout the State, but we have to face the fact that we are losing these flagship species on a steadily declining basis,” the assistant minister noted at an international workshop held in the state on the status of local proboscis monkey conservation efforts. 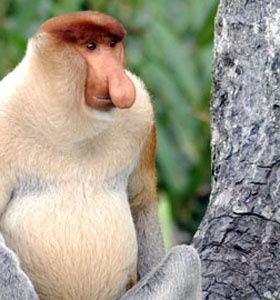 Sabah’s iconic proboscis monkeys are among wild animals that have come under increased threats in the state. Photo Credit: Pinterest

He went on to elucidate the primary causes, although regular readers of Clean Malaysia will find nothing surprising in them: habitat loss, forest fragmentation, rampant poaching.

“Their habitats are diminishing as the increasing human population requires even more space, food and commodities [so] forests are logged, plantations established, infrastructure like bridges, roads and houses constructed over crucial wildlife habitats, driving the animals into smaller fragmented species,” Pang explained.

However, because we know the specific causes behind the increasing loss of “flagship species” like proboscis monkeys, Bornean pygmy elephants and other iconic animals on the island, we are in a position to help address those causes. “We need to stop business-as-usual deforestation and [we need to] better manage our landscape,” the assistant minister noted.

“We need to put a halt to development projects that can be detrimental tour wildlife, such as the bridge project in Sukau, we need to find a balance between development and wildlife conservation,” Pang added, referring to a planned bridge in the Lower Kinabatangan Wildlife Sanctuary that conservationists have decried as a “bridge to extinction.”

We will also need to do more to protect endangered species from hunters and poachers. Just the other day a “strange-looking” head of wild cattle was revealed to have been slaughtered for a feast in a village in North Kalimantan. The animal was made into satay for the villagers’ guests: members of a visiting delegation. Sad that, yes.

Based on a picture that had been taken of it before it was killed, the bovine looked unusual. That has led the Sabah Wildlife Department’s assistant director Sen Nathan to posit that the animal may have belonged to a rare and as yet undocumented subspecies. “Who knows, it might be an unknown, yet-to-be-discovered cattle species roaming in the jungle of Borneo,” Sen theorized. “[wild banteng] is the rarest forest-dwelling bovid in the world.”

However, Sen cautioned against jumping to conclusions by adding that the animal could also have been the hybrid result of mating between a wild banteng (known locally as “sapi hutan,” or jungle cattle) and one of the village’s domesticated heads of cattle.

Be that as it may, local conservationists decried the slaughter of the animal, noting that it had been the second recent incident in which wild bantang was slaughtered for “bush meat.” The state’s bushmeat trade has long been a cause for concern. Efforts to clamp down on it have borne only mixed results. 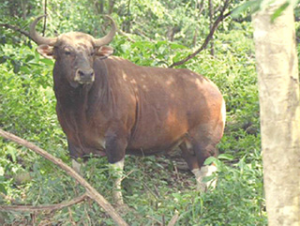 This strange-looking wild banteng was slaughtered in North Kalimantan. Did it belong to an as yet unknown species of wild cattle? Photo Credit: Daily Express

“[Some local villagers] demonstrate blatant disregard for Malaysian and Indonesian laws which protect rare wildlife against hunting,” lamented Dr Penny Gardner, a project manager for the Danau Girang Field Centre. “Strong enforcement of the legislation is required to demonstrate that it is not acceptable to hunt Tembadau and that it will not be tolerated,” she added.

Over the past months, officials of the state’s Wildlife Department have made several successful arrests of locals who continue to hunt protected animals for bushmeat, from civet cats and pangolins to barking deer and wild boar. “We are going after the suppliers of bushmeat and we think this is the best approach in dealing with this problem,” Augustine Tuuga, the department’s chief of enforcement, stressed recently.

If a lot of this sounds disheartening, that’s understandable. Yet only relatively modest gains for wildlife conservation could help things turn around in Sabah and on Borneo at large. “Only a modest amount of additional land on Borneo — about 28,000 km2 or four percent of the island — would be needed outside of existing protected areas and reserves to safeguard many mammal species against threats from deforestation and climate change,” said Matthew Struebig of Britain’s University of Kent, who recently published a study with his colleagues in the journal Current Biology.

Further deforestation and the harmful effects of climate change, the researchers say, will impact Borneo’s lowland forests, especially peatlands, particularly hard, further endangered already beleaguered animal and plant species. “Based on climate projections alone, up to one in every three Bornean mammal species is expected to lose 30% or more of their habitat by the year 2080,” the new report shows. “With additional losses as rainforests are cut, nearly half of Borneo’s mammals could see suitable habitats shrink by a third or more in the coming decades.”

That is why have to act now and act fast. It’s not yet too late to save Sabah’s world-renowned biodiversity, but time is running out.