A Baby Orangutan is born at a Wildlife Center in Sarawak 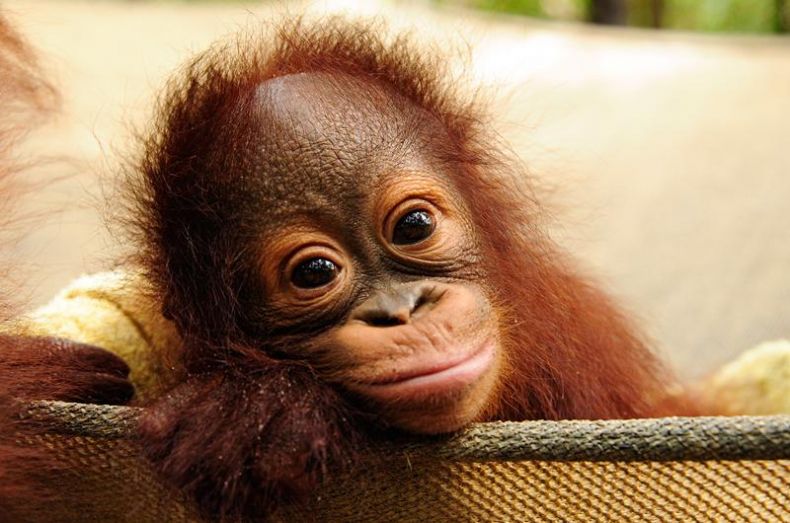 It’s a boy! And a beautiful one at that. An orangutan baby boy, that is.

A 12-year-old female orangutan called Tingsaan has given birth to a baby boy at the Matang Wildlife Centre in Kuching. The birth has delighted animal lovers and officials alike. Baby orangutans are among the most endearing creatures, but the primates are slow-breeding animals, which means that captive births are rare.

“This is a rare occasion,” stressed Siali Aban, manager of the 180-hectare wildlife center within the Kubah National Park. The center is home to 30 orangutans, six of whom were born there. Seventeen of the primates live within enclosures, while the rest have been released into the surrounding forest reserve. 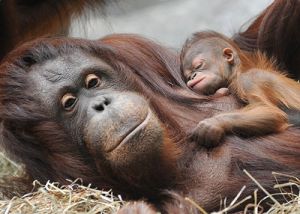 A mother orangutan takes a siesta with her baby. Photo Credit: Pinterest

“The last birth we had was in 2009,” Siali elucidated. “We do not have a breeding programme here because our focus is on rehabilitation.” The center’s newest resident, he added, remains “in the good care of its mother.”

The newborn has been named Triton – not after the mythological Greek god of the same name but after a pickup truck made by Mitsubishi Motors Malaysia. The company has officially adopted the baby orangutan and donated a truck to Sarawak’s Forestry Ministry.

The birth of this baby orangutan is something to celebrate, of course. However, we must not forget wild orangutans in Borneo, which have become critically endangered and continue to face a variety of existential threats. They have been losing their ancestral forests to palm oil plantations and logging. They are at risk of being poached for the exotic pet trade, which has seen an alarming increase in the illegal buying and selling of orangutans. And some orangutans are even hunted for their meat occasionally.

Here’s hoping that Triton will grow up in a world where his cousins living in the wild remain safe from any further harm.