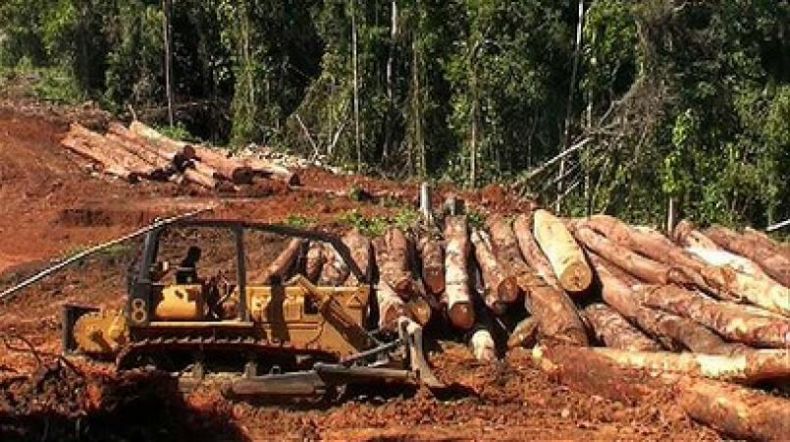 Illegal logging in the forests of Terengganu takes a heavy toll on forests. Photo Credit: Flickr

It’s not as if we’ve needed further proof that wildlife wardens and forestry officials across Malaysia can face significant dangers, but here it is: an enforcement officer of Terengganu’s State Forestry Department was shot during a raid on an illegal logging site.

The officer was part of a 10-man team inspecting an illegal logging site at Kampung Serdang, near the Bukit Bauk Forest Reserve, when he was shot, likely with an air rifle, by an unknown assailant who remains at large. A mechanic who was with the forestry team to fix an abandoned excavator found at the camp was also shot.

Luckily, both the officer and the mechanic escaped with minor injuries, but the incident has served up renewed warning that many illegal loggers, as well as wildlife poachers, are armed and dangerous. They will clearly not stop even at attempted murder just so they can carry on cutting down trees.

“We cannot take this incident lightly, and I am disappointed that there is an individual who dares to injure enforcement officers,” Wan Junaidi Tuanku Jaafar, minister of Natural Resources and Environment, commented in a statement. Police have been called in to investigate. The shooter or shooters, Wan Junaidi has promised, “will be brought to justice and receive punishment.”

Despite the incident, Forestry Department director Ahmad Fadzil Abd Majid stressed that officials would continue cracking down on illegal logging activities around the state. They have their job cut out for them, however. Undermanned and outgunned, forestry officials often face an uphill battle against illegal loggers. A mere 150 local officers are responsible for monitoring illegal activities across 544,000 hectares of forest.

That’s why the Forestry Department has turned to technology for help: it will be using unmanned drones kitted out with cameras to keep an eye from the sky on activities below. “Using the latest technology to outsmart spies and tontos gives officers an edge in operations,” the director recently said in a media interview. “This will help us strengthen our case when we charge illegal loggers,” he added. “However, it is difficult to charge masterminds unless we catch them red-handed.”

Such drones are being deployed in forests elsewhere in Malaysia as well with increasing frequency. The drones can monitor even hard-to-reach terrains with ease, simply by flying over them. They can also stay practically undetected by illegal loggers, thereby allowing forestry officials to catch culprits red-handed, which can prove crucial for the successful prosecution of offenders.