Now we can Turn E-waste into Dust 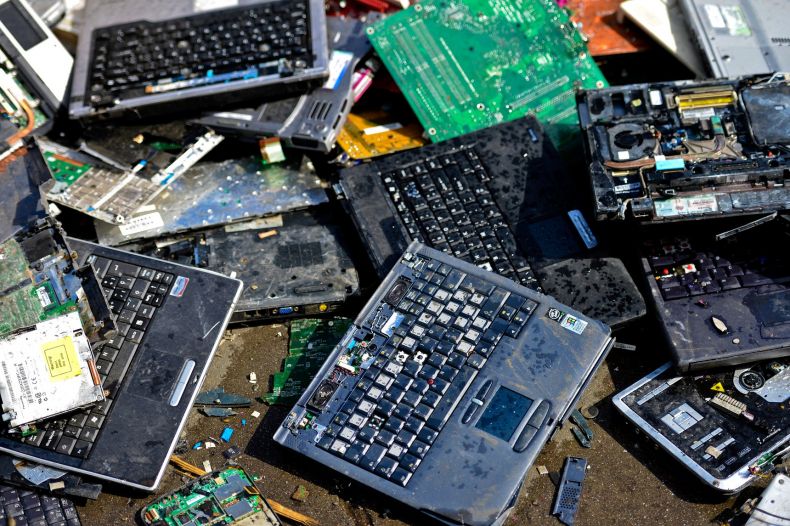 As much of the developed world, Malaysia has long been beset by vast and ever-accumulating amounts of electronic waste. Malaysians produce a million ton of e-waste each year, while globally we are on course to produce a staggering 50 million metric tons of e-waste by next year.

By 2014, the huge piles of e-waste (unwanted mobile phones, computers, television sets, printers, microwaves etc.) around the planet contained an estimated US$52 billion in resources, as well as large volumes of toxic material. Most of it has remained uncollected for recycling, thereby serving as constant sources of toxic pollution. By 2030 electron waste worldwide will likely amount to more than a billion tons.

So something needs to be done and ungently. What if, say, we could make it all disappear, as if into thin air? We might be able to do just that.

A team of researchers at the Indian Institute of Science in Bangalore say they have developed a method whereby they can grind old electrical appliances down into ultra-fine particles, which can then be repurposed for other uses. They can do this by using a cryogenic grinder that pulverizes electronic waste into fine dust. 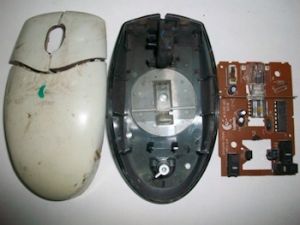 Circuit boards from electronics like computer mice can be crushed into nanodust by a cryo-mill. Photo Credit: Ajayan Research Group

“The existing methods for recycling electronic wastes such as the printed circuit boards (PCB), which contains a large number of components and elements, face significant challenges when considering environmentally benign and easily separable disposal targets,” the researchers explain in a study. “We report here a low-temperature ball milling method that breaks down PCBs all the way into nanoscale particles which further enables enhanced separation of its different base constituent materials.”

This is a biggie.  The new method could replace current processes that involve either simply dumping unwanted old electronics into landfills and leaving them there, or burning and treating them with chemicals to recover the metals and alloys contained in them.

“In every case, the cycle is one way, and burning or using chemicals takes a lot of energy while still leaving waste,” says lead researcher Chandra Sekhar Tiwary. “We propose a system that breaks all of the components – metals, oxides and polymers – into homogenous powders and makes them easy to reuse.”

Rather than heat up e-waste, the researchers freeze them inside a specially designed cryogenic mill kept cool with liquid nitrogen. Being brittle, cold materials are easier to pulverize, which the mill does by smashing the polymers up with a steel ball. Then, first metals, then oxides are separated into a fine powder of nano-particles.

The researchers have done successful tests on circuit boards within computer mice, achieving great results. Separated particles from the boards “can be reused,” Tiwary said. “Nothing is wasted.”