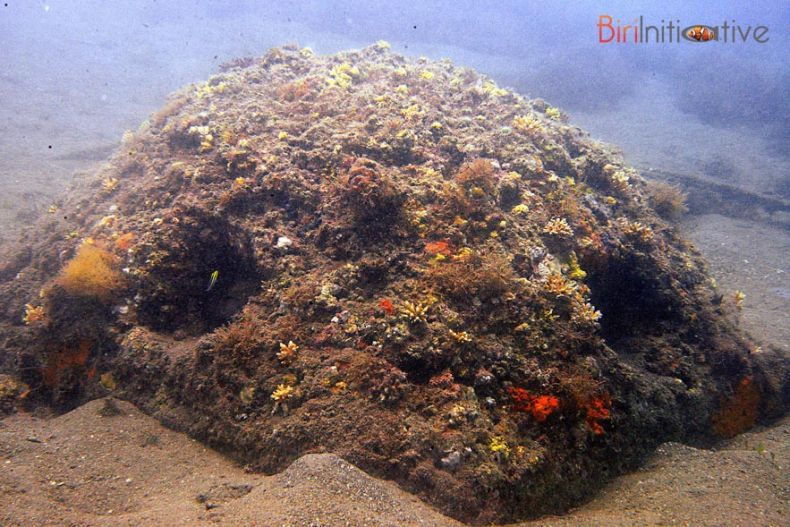 Biri buds resemble makeshift traffic cones and at first glance they may not look like much. Yet they can do a world of difference in stressed marine ecosystems.

The buds are named after the Philippine island where a small group of environmentalists has been trying out a type of artificial reef in the surrounding waters and elsewhere in the country. Their goal is to aid local marine ecosystems in their recovery from long years of man-made pollution, destructive fishing practices and climate change. “When there is no marine, we create it,” says Richard Ewan, a long-time Scottish resident of the Southeast Asian nation who launched the Biri Initiative in 2006. 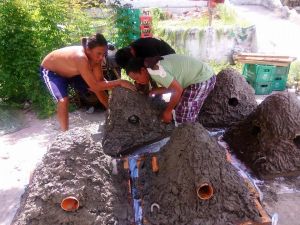 Locals on Biri Island, in the Philippines, make their own version of Reefbuds. Photo Credit: Biri Initiative

The nonprofit now produces the buds, which are essentially a smaller version of innovative Reefbuds, a reef-restoration technology developed in the United States. Biri Buds are three-quarters concrete and one-quarter specially formulated, environmentally friendly biomass that fosters the growth of corals by providing a nutrient-rich home for them and other marine species. Each of the buds weighs around 150kg and is fortified by iron rebar to increase their resilience.

The porous biomass in a bud “acts as a sponge, absorbing water together with microscopic life suspended in it, further promoting colonization,” the nonprofit explains. “A rough surface helps baby corals in the passing current gain a foothold, and large holes in the sides give access to a hollow center that shelters spawning fish.”

In other words, once deployed, the buds are meant to serve as new homes for marine creatures that can hide in them or latch onto them for support.

To save costs in producing its eponymous buds en masse, the Biri Initiative relies on cheap locally available materials as much as possible. “Cement must still be shipped in, but the volume is greatly reduced by adding dead coral rubble to the mix – about 25% by volume of each Bud. Coral rubble is available on almost any beach in the Philippines,” the nonprofit says. “Biri Buds also use locally sourced biomass,” it adds. “Instead of shipping scientifically formulated biomass from Manila, Biri Initiative is experimenting with simple household waste, like coconut husks, banana peels, crab shells and mango stones. The only ‘processing’ done is to chop it into small pieces.”

Such economical DIY grassroots initiatives will be key in our quest to save the world’s beleaguered coral reefs from further harm, especially as the full brunt of climate change is set to deal a further blow to their  long-term chances of survival in coming years and decades.