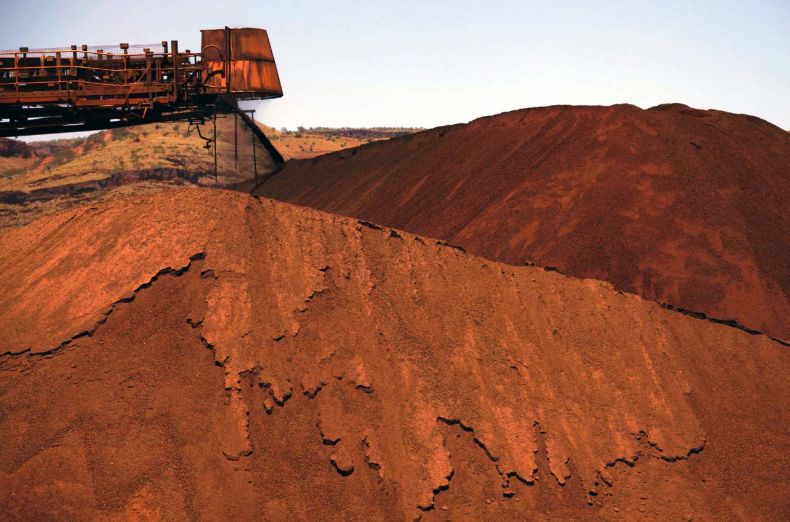 Stockpiles of bauxite like this one pose severe environmental hazards. Photo Credit: Thumblr

People in Pahang can now breathe a sigh of relief. It’s official: the country’s federal government has extended the ban on all bauxite mining in the state for another three months.

Certainly a welcome development, this.

The moratorium was put in place in January last year and has since been extended and re-extended repeatedly. The latest extension will now extend the ban until June 30. The reason for it is that much of the existing stockpile of the aluminum ore in the port of Kuantan, the state’s capital, has yet to be cleared up. Such stockpiles continue to pose severe environmental risks. Ore dust can easily be washed away in torrential rain and leach into the local soil and water sources, further contaminating them.

The current backlog of stockpiled bauxite in Kuantan accounts for 2.15 million tons, according to Natural Resources and Environment Minister Wan Junaidi Tuanku Jaafar. That amount is still more than a third of the original 5.4 million tons that had been stockpiled by miners for export to China before the moratorium came into effect well over a year ago. It should have been cleared up long ago, according to guidelines set out in the original moratorium.

“As of Feb. 28, only 3.25 million metric tonnes of bauxite were exported,” Wan Junaidi said in a statement. “The extension of the moratorium will give space to industry players to clear existing stockpiles and prepare measures to mitigate pollution across the bauxite mining and export supply chain.”

Unfortunately, some of those same “industry players” have continued mining bauxite clandestinely in clear violation of the moratorium. Their fly-by-night activities have not gone unnoticed, however, and angry villagers have repeatedly confronted culpable miners. “We suffered for four years and they (miners) have already damaged our land, roads and farms,” one elderly villager in Pahang recently told The New Straits Times. “The moratorium gave residents some peace and allowed us to breathe fresh air, but now the return of mining works is going to give us a nightmare.”

The renewed extension will give long-suffering villagers in Kuantan some more peace, but local authorities must ensure that the ban is now strictly enforced.