The Mass Bleaching of Corals globally may be Inevitable. We must Act Now 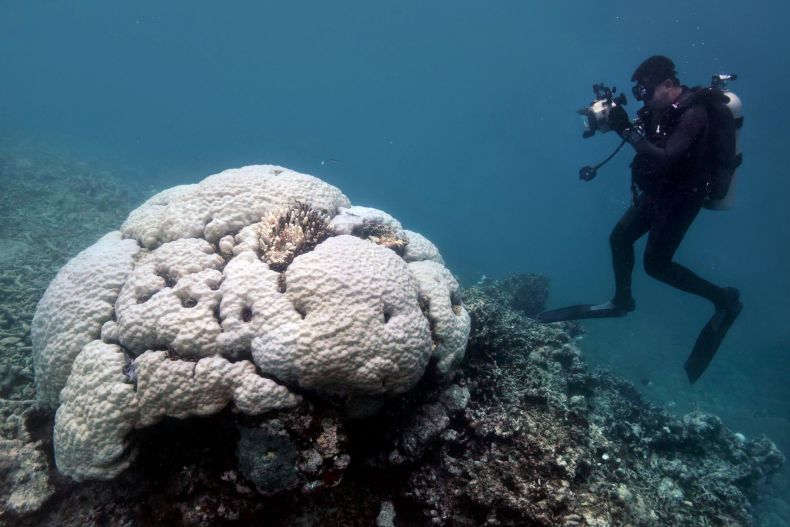 If you want to see the future of fragile marine environments being battered by climate change, look no further than Australia’s world-famous Great Barrier Reef.

Last year the corals at the reef underwent an unprecedented mass bleaching episode, which killed off or visibly damaged huge swathes of coral for hundreds of miles. And even sections of the 1,400-mile reef that have thus far managed to endure relatively well, in somewhat cooler waters in the south, have begun to bleach now, too.

What this indicates is that climate change is wreaking havoc on marine environment far faster than previously anticipated, experts say. “We didn’t expect to see this level of destruction to the Great Barrier Reef for another 30 years,” Terry P. Hughes, director of a coral reef study program at James Cook University in Australia, told The New York Times. “In the north, I saw hundreds of reefs — literally two-thirds of the reefs were dying and are now dead.” 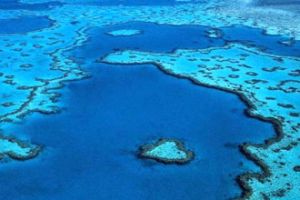 Hughes is the lead author of a study on corals published in the scientific journal Nature, in which he and his dozens of colleagues who have contributed to the paper posit that Australia’s wondrous reef may be doomed — and, therefore, so might other reefs in tropical waters, such as Malaysia’s. “Water quality and fishing pressure had minimal effect on the unprecedented bleaching in 2016, suggesting that local protection of reefs affords little or no resistance to extreme heat,” the authors note.

In other words, there is little conservationists can do to protect beleaguered reefs from extremely high surface water temperatures brought on by global warming, although several grassroots initiatives around the tropics from Malaysia to the Philippines to Australia seek to help stressed corals regenerate.

So should we throw up our hands in despair? Not just yet. We can still try and reduce our carbon emissions significantly so as to rein in the effects of climate change in coming years and decades, “[I]mmediate global action to curb future warming is essential to secure a future for coral reefs,” the Australian experts note.

Their findings are in line with a recent UN report that have predicted that mass bleaching episodes at coral reefs are set to become an annual event. “If current trends continue and the world fails to reduce greenhouse gas emissions, nearly all of the world’s coral reefs will suffer severe bleaching – the gravest threat to one of the Earth’s most important ecosystems – on [an] annual basis,” the UN’s Environment Agency (UNEP) has noted.

Needless to say, a mass die-off of corals around the planet will be calamitous. It will deal a blow not only to local ecosystems but to local economies alike. “If most of the world’s coral reefs die, as scientists fear is increasingly likely, some of the richest and most colorful life in the ocean could be lost, along with huge sums from reef tourism,” The New York Times explain.

“In poorer countries,” the newspaper adds, “lives are at stake: Hundreds of millions of people get their protein primarily from reef fish, and the loss of that food supply could become a humanitarian crisis.”

Offering glimmers of light in the darkness are findings that rising water temperatures, which will result from melting ice caps, may benefit some corals in shallow water by covering them an extra layer of insulating CO2, thereby helping them stay cooler. Some hardy types of coral, which thrive in the warm, salty and murky waters of mangroves in New Caledonia, in the South Pacific, have also been found to withstand severe environmental stress with ease.

That said, only a few reefs will benefit from such quirks. Most will remain at the mercy of changing climates. That’s why we must act now by reducing greenhouse gas emissions drastically and save what’s left of the planet’s wondrous reefs.