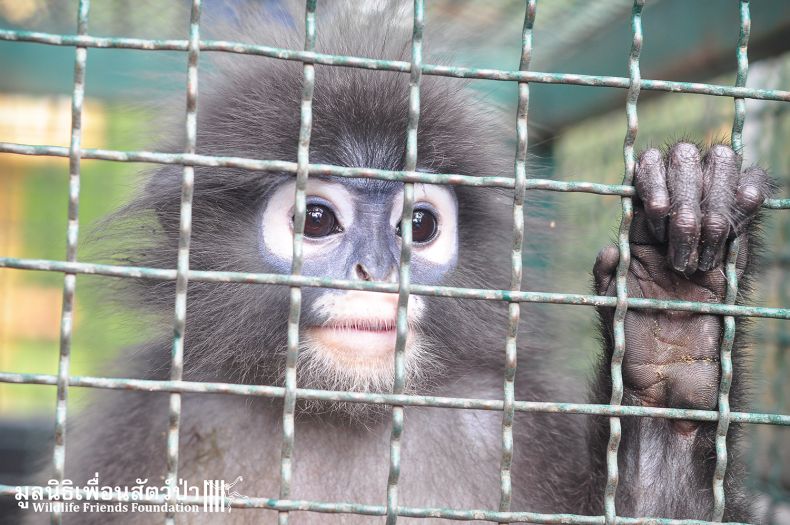 Another day, another major bust of wildlife traffickers. To wit: Wildlife and National Parks Department (Perhilitan) officials have busted a major network of trafficker who were operating via social media.

All we can say: Hallelujah!

In the latest crackdown on the exotic pet trade, Perhilitan officials nabbed a total of 11 people who were found to be buying and selling endangered species, many of them online. Officials also managed to rescue 50 animals from the traffickers’ clutches. “I believe we have crippled a major illegal syndicate selling wildlife through the social media,” Natural Resources and Environment Minister Wan Junaidi Tuanku Jaafar announced at a press conference.

Among the arrested traffickers nabbed on a single day in late March was a 36-year-old local woman who was arrested at her house in Ampang for having three civets, seven black langur monkeys and six leopard cats. Also nabbed was a Pakistan man, who was found to have two boxes full of juvenile black langur monkeys, which he was transporting on his motorbike. So, too, were five men, aged 21 to 25 years, who were travelling in two cars and were detained in Senawang, Negeri Sembilan, after officials found 28 Indian star tortoises and two hill mynahs in their possession. 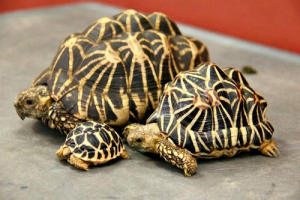 “In the raid on March 27, seven people were arrested, for being a major supplier of wildlife, who are active in making online transactions selling wildlife illegally,” Wan Junaidi explained. “The Wildlife Department has been monitoring their activities for a long time and we believe we have managed to break the main syndicate involved in exploiting the social media for illegal wildlife trading in Peninsular Malaysia.”

Complicating the work of wildlife officials is the fact that many people who buy and sell rare and protected animals online as part of Malaysia’s thriving exotic pet trade aren’t professional criminals. Rather, they’re citizens who seek to complement their income by engaging in the trade Most of them conduct their business online, in Facebook chatrooms and via messaging apps like WhatsApp.

He has also called on citizens to stop selling and buying protected species. “The ministry is giving a strict warning to anyone who sells, keeps or owns wildlife without permission from the department, to stop doing so immediately or face legal action,” he said.

Hallelujah to that, too.

“The Wildlife Department has been monitoring their activities for a long time and we believe we have managed to break the main syndicate involved in exploiting the social media for illegal wildlife trading in Peninsular Malaysia,” he said in a press conference, here, today.”