Time to get Tough on Animal Trafficking 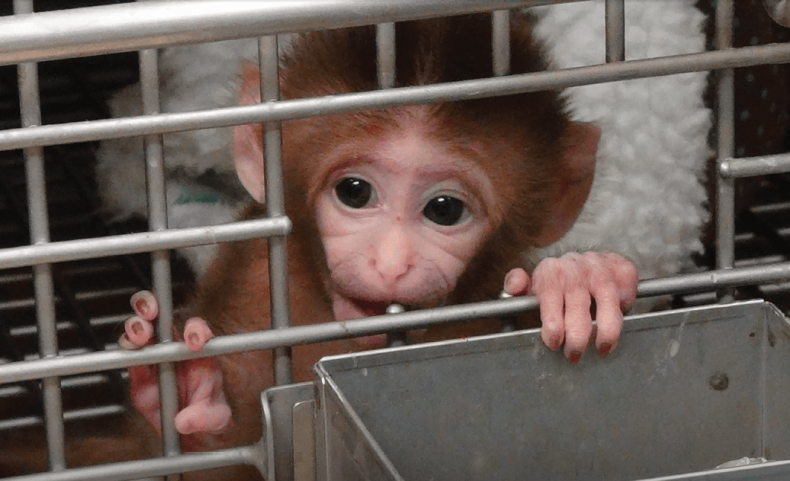 Protected exotic animals, no matter how "cute" they may look as babies, do not belong in cages. Photo Credit: PETA

Recent arrests of several wildlife traffickers by Malaysian authorities have provided further evidence (not that any more was needed) that the country remains a hotbed for an illicit trade in protected animals. These arrests have also served as a timely reminder that despite their successes local authorities have a long way to go before the buying and selling of “exotic” animals as pets and ingredients in traditional medicine can be stamped out.

That’s especially so since much of the trade is conducted in the free-for-all environment of online social media, as TRAFFIC itself demonstrated last year, which can make the monitoring of it a challenge. “But one year on [after we published our report], a sweep of seven illegal online traders and the rescue of 49 wild animals has turned that initial shock to utter dismay,” about the scale of the problem, the nonprofit notes in an op-ed. “From the looks of last week’s enforcement action, and numerous arrests and seizures since 2015, it’s clear that illicit online wildlife trade has taken root and become an insidious norm.” 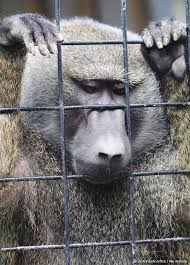 Many wild animals kept as pets, like this baboon, are reduced to a lifetime of languishing in small cages. Photo Credit: PETA

Of especial concern is the fact that most of the animals seized from illegal traders were youngsters that belonged to totally protected species. In other words, despite all the educational campaigns conducted in Malaysia to wean locals off buying and selling endangered wildlife, many people just can’t seem to care less. “This points to a disturbing disregard for the law among netizen traffickers and buyers of poached and smuggled wildlife,” TRAFFIC observes.

“It also speaks volumes of how disconnected the Malaysian public is from nature,” the group goes on to elucidate. “There seems little concern for how wild pets may have been sourced – if adults were killed to acquire juveniles or if they were stolen from Malaysian forests or another country, stuffed into suitcases and smuggled, countless dying along the way.”

Let’s pause to reflect on that, for a moment. Even as many Malaysians, especially young ones, go gaga over “cute” animals, like slow lorises and juvenile monkeys, they don’t seem to realize (or care) that many of these animals are subjected to inhumane treatment at the hands of traffickers. If you truly love these animals, you would never want to see them suffer. Rather, you would seek to preserve them in the wild, where they belong.

And to make matters worse, many of those animal traffickers are young Malaysians themselves. Last year, for instance, wildlife authorities discovered a Facebook account used for selling protected animals. The site was run by a teenage school dropout who was caught at a local shopping mall after he had offered to sell a baby bearcat, also known as a binturong, for RM5,000 in a Facebook post. Other Malaysians, from students to housewives, have likewise taken to buying and selling protected animals online in wanton disregard of the country’s laws.

And there’s more: “There seems to be even less understanding of the dangers armed poachers in our jungles pose to national security, or the risk of zoonotic diseases spreading through illegal and irresponsible wild pet ownership,” TRAFFIC explains.

Disheartening, yes. But what to do? The answer is, of course, clear: We must step up educational and awareness campaigns across the country, both online and offline. But such campaigns will bear little fruit unless they are complemented with a rigorous crackdown on all forms of animal trafficking throughout the sales chain from seller to buyer. 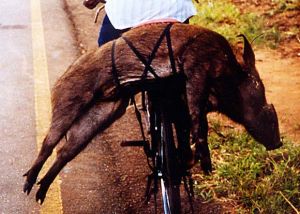 Rampant poaching, too, continues to take their toll on wildlife. Photo Credit: TRAFFIC

“What are postal, express mail, transport and logistics services doing to ensure their businesses aren’t being misused to ferry wildlife traded online?” TRAFFIC wonders poignantly. “What are other government departments and ministries that oversee these sectors doing to support enforcement agencies battling the menace?” It also asks: “Are we being too lenient with those who violate wildlife laws and are we failing to use available legal tools as the deterrents they are meant to be?”

Sadly, we know the answers to these questions. Malaysian authorities will need to get much tougher on wildlife traffickers. Encouragingly, several prominent Malaysian officials from Natural Resources and Environment Minister Dr Wan Junaidi Tuanku Jaafar to Chief Justice Arifin Zakaria clearly understand the urgency of the threats facing Malaysia’s wildlife and have called for tougher actions accordingly.

But ultimately it is Malaysian citizens themselves that will need to act. TRAFFIC has called on Malaysian to do their part in stamping out the trade in protected species. “We ask citizens to report illegal wildlife trade they may witness,” it says. “The Wildlife Crime Hotline 019-3564194 is open all day, every day. The Wildlife Witness App is free for download and can be used throughout Southeast Asia.”

Parents should also discourage their children from buying exotic animals as pets. For that, cats, dogs, hamsters and a variety of traditional pets will do just fine. “We ask every parent to discourage their child from buying wild animals as pets and every adult to just say no when offered a protected wild animal,” TRAFFIC says. “We would like to see schools teach students the wonder of Malaysia’s wildlife and we ask the private sector not to ignore the problem, or they role they play in perpetuating it. And we ask this for the wild.”

We wholeheartedly second that call.