The Great Barrier Reef is ‘Doomed’ 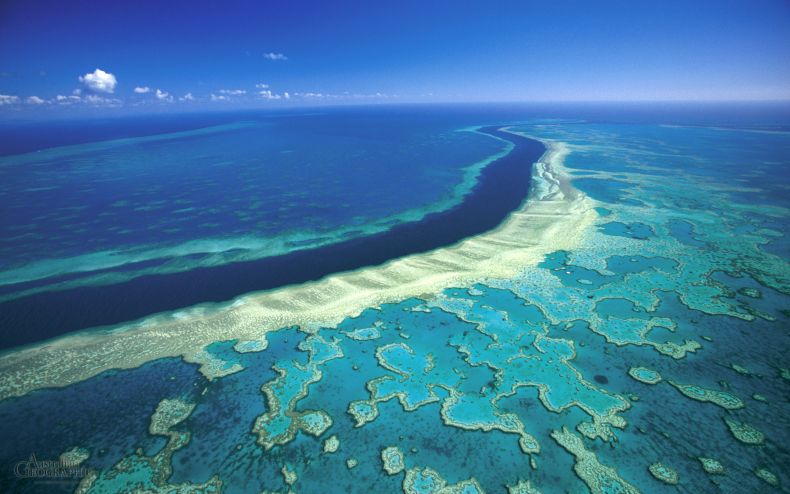 The Great Barrier Reef is one of the world's natural wonders. It won't remain so for long. Photo Credit: Flickr

Australia’s Great Barrier Reef is one of the world’s natural wonders and its largest living structure. Now brace yourself: it’s in a “terminal” state of decline.

Shocking news? Yes. But not all that unexpected, sadly.

Two successive mass bleaching events last year and this year across much of the reef have pushed large swathes of corals beyond the point of no return, according to Australian scientists. Researchers from the Australian Research Council have just completed comprehensive aerial surveys and found that at least 800 individual coral reefs across 8,000km have undergone severe mass bleaching.

The newly affected area covers 1,500km with only the reef’s southern third having so far been left unaffected by rising water temperatures. “The significance of bleaching this year is that it’s back to back, so there’s been zero time for recovery,” Prof. Terry Hughes, who led the surveys, told Britain’s Guardian newspaper. “It’s too early yet to tell what the full death toll will be from this year’s bleaching, but clearly it will extend 500km south of last year’s bleaching.”

During last year’s mass bleaching episode, some two-thirds of corals in shallow waters in the worst-affected northern part of the reef’s north perished. This year’s bleaching has affected reefs even further south. And the worst is likely yet to come as surface water temperatures across the topics continue to rise as a result of global warming. The United Nations’ Environment Agency has recently warned that mass bleaching episodes are set to become annual events in coming years and decades, imperiling all the world’s fragile reefs, including Malaysia’s.

Mass bleaching happens when warming temperatures place stress on symbiotic algae that provide food for corals that they inhabit and give them their flamboyant colors. Once the algae die off, corals turn bone-white and become increasingly vulnerable to further environmental stresses.

It would take at least a decade for affected corals on the Great Barrier Reef to recover fully from the current mass bleaching episode … and that’s only if there were no more such bleaching over the coming decade. In other words, much of one of the world’s underwater treasures is bound to perish within a matter of years.

Let that be wake-up call about the world we’re making through our relentless burning of fossil fuels.