Puntung the Rhino is gravelly Ill in Sabah 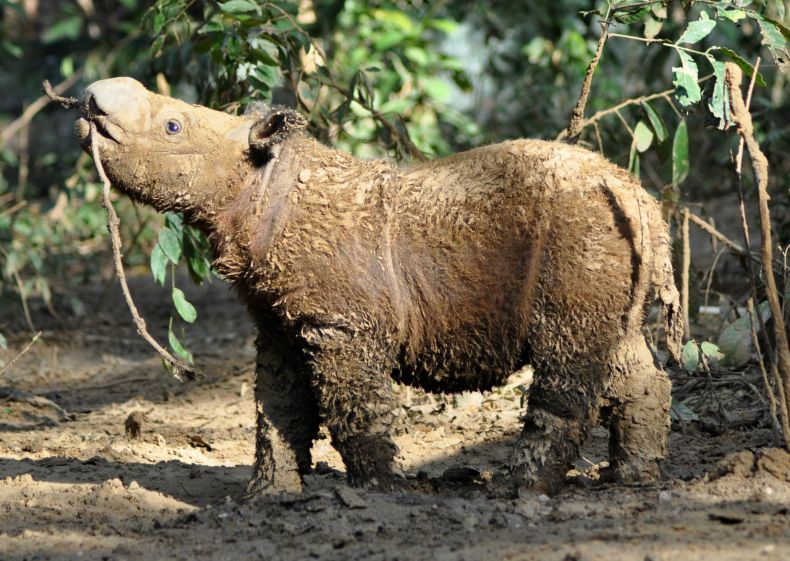 Sumatran rhinos are endearing creatures but have been brought to the verge of extinction. Photo Credit: International Rhino Foundation

Once, in blissful times past, Sumatran rhinos roamed far and wide in the depths of forests in Sabah. Today a mere three of the animals are left, and all three of them are in captivity. Now Putong, one of the state’s last three rhinos, has fallen gravely ill.

Two weeks ago, Puntung developed a bad abscess on her upper jaw. The infection failed to respond well to treatment, raising fears among conservationists that soon there might be only a mere two Sumatran rhinos left. “We are worried about sepsis, an infection that can spread quickly through the body and rapidly cause death,” said Sabah Wildlife Department Director Augustine Tuuga. 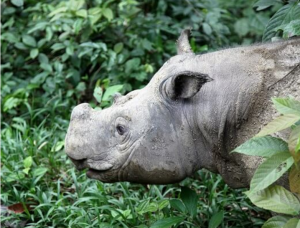 The rhino lost her appetite last week and become lethargic. “Normally, she would consume about 30 kilograms of fresh leaves and twigs daily,” the director said. “She ate very little over those two days and spent most of the daytime lethargic in her wallow.”

Along with another female called Iman and a male called Kertam, Puntung is kept at Sabah’s Borneo Rhino Sanctuary in the Tabin Wildlife Reserve, where she is part of a conservationist project run by the Borneo Rhino Alliance (BORA), which hopes to boost the numbers of Sumatran rhinos  (Dicerorhinus sumatrensis) through captive breeding. Because of reproductive pathologies, however, neither Puntung nor Iman, who was captured in 2014, seems capable of bearing a pregnancy to term. Kertam is too old to produce viable sperm.

Nonetheless, Puntung is vital for the survival of the species in Malaysia. “Losing Puntung now would be a tragedy,” said BORA’s executive director John Payne.

Puntung is around 25 years old and was captured in 2011 to save her from poachers. Puntung, whose name means “stub” in Malay, misses her front left foot, which she likely lost as a juvenile to a poacher’s snare. She still produces eggs that can be harvested for in-vitro fertilization. Her handlers at the sanctuary have described her as a “gentle” and “endearing” animal. Encouragingly, Puntung started showing signs of improvement a few days ago.

Sumatran rhinos were officially declared extinct in the wild in Malaysia in 2015. Only somewhere between 50 and 100 members of the species continue to cling on to life in the forests of neighboring Indonesia. Like other rhinos around the world, Sumatran rhinos, the world’s smallest rhinos, have seen their numbers dropped precipitously as a result of habitat loss and unrelenting poaching. A lucrative black-market trade in the animals’ horns is driving them everywhere dangerously close to extinction in the wild.