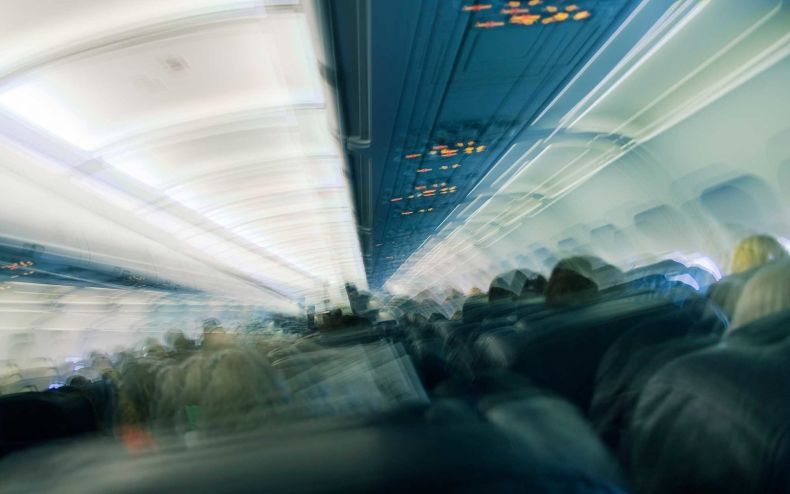 Turbulence can be a hair-raising experience. It will become more frequent soon because of climate change. Photo Credit: Flickr

Turbulence. Don’t we all hate it?

There we are, nice and easy in our seats on a flight, when suddenly the plane starts rattling like it’s going to come apart in midair. All we can do is buckle up, grab the armrests and ride it out. Turbulence is a routine part of most flights and it causes few really serious risks to a modern passenger airplane.

But here’s the bad news: in coming years it’s going to get worse. A lot worse. The reason: climate change.

According to a new study by researchers at the University of Reading in the United Kingdom, extreme turbulence that is capable of shaking airplanes so badly that unbuckled passengers and crew get thrown around the cabin like so many ragdolls may well become far more common soon.

“Anthropogenic climate change is expected to strengthen the vertical wind shears at aircraft cruising altitudes within the atmospheric jet streams,” the study’s lead author surmises. “Such a strengthening would increase the prevalence of the shear instabilities that generate clear-air turbulence. Climate modelling studies have indicated that the amount of moderate-or-greater clear-air turbulence on transatlantic flight routes in winter will increase significantly in future as the climate changes.”

“Our new study paints the most detailed picture yet of how aircraft turbulence will respond to climate change,” said Dr. Paul Williams, who conducted the research. “For most passengers, light turbulence is nothing more than an annoying inconvenience that reduces their comfort levels, but for nervous fliers even light turbulence can be distressing.”

Even if you have steelier nerves and have been untroubled much by turbulence on flights thus far, you may find yourself become far more unsettled. “[E]ven the most seasoned frequent fliers may be alarmed at the prospect of a 149% increase in severe turbulence, which frequently hospitalises air travellers and flight attendants around the world,” Williams noted.

Time to buckle up, ladies and gentlemen. With the onset of climate change, we are in for a rough ride.