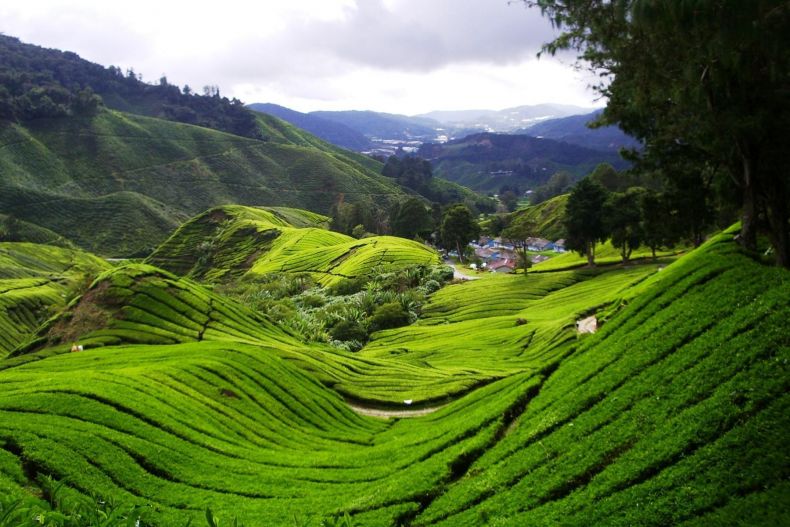 The fairytale beauty of the Cameron Highlands is one of Malaysia's true natural wonders. Let's keep it that way. Photo Credit: www.ecocameron.com

It’s easy to wax lyrical about the Cameron Highlands in Pahang. They are among Malaysia’s most picturesque spots, and travel writers routinely trot out superlatives and poetic imagery to describe the mountainous area’s natural wonders. “From your first lungful of fragrant highland air, sweat and stress evaporate,” notes Lonely Planet. “In Malaysia’s largest hill-station area, the breeze is freshened by eucalyptus, fuzzy tea plantations roll into the distance, and strawberry farms snooze under huge awnings.”

A veritable earthly paradise it is then, an Elysium of pristine beauty… Or is it? 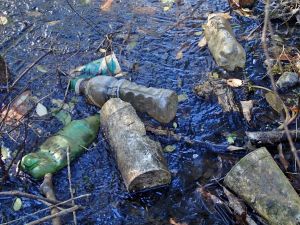 Littering can cause havoc with streams and rivers. Photo Credit: Wikimedia Commons

Illegal farming has left open wounds in the area’s landscape, while slash-and-burning agriculture has devastated large swathes of forest. “Back in 2002, there were only eight vegetable farms around Kuala Terla,” Ramakrishnan Ramasamy, president of a local community-based organization called Regional Environmental Awareness Cameron Highlands (R.E.A.C.H.), observed a few months ago. “Now there are some 100 farms in operation.”

Not only that, but small farming plots keep crawling up the sides of steeper hills, thereby wreaking havoc with the local environment. And as if that wasn’t bad enough, logging, too, continues to take its toll. Heavily laden timber lorries have worn down local roads, often damaging them considerably.

“Some of the timber lorries are tandem-axle vehicles, which are much heavier than single axle lorries, and increase the pavement damage over time,” Ramasamy said. “The timber lorries are also a hazard to road users, (with driving conditions) aggravated by steep downhill slopes and sharp curves,” he added. “On steep uphill gradients, where no climbing lane is provided, the slow-moving heavy vehicle causes traffic disruption.”

And there’s more: locals continue to dump rubbish all around the area, befouling natural spots and creating environmental hazards. Littering has got so bad, for instance, at the highlands’ famed Mossy Forest, a popular tourist draw, that recently it had to be closed down for several months to clean up the trash and allow local flora and fauna to recover. Distressingly, many of the worst offenders have been Malaysian tourists themselves. They have been trampling over plants while casually chucking away plastic wrappings and empty bottles.

Needless to say, heaps of trash aren’t just unsightly. They’re also hazardous and frequently toxic. Heavy rainfall regularly washes away trash from these sites into rivers, where the debris ends up blocking streams and polluting their water. “The dump sites come up like mushrooms. There isn’t enough enforcement [to stop them],” Ramasamy lamented last November. “The time for education is long gone. The only way to effect change is to impose punitive measures that hurt their wallets.” 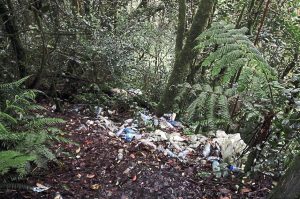 Piles of trash discarded by visitors near a boardwalk litter a scenic part of the Mossy Forest. Photo Credit: The Star Online

According to the outspoken environmentalist, a mere tenth of the 123 rivers in Cameron Highlands can now be considered healthy. The rest have all been polluted to varying degrees. Three local rivers have been polluted so badly that they have turned into open sewers with resident aquatic species driven extinct in them. “If the rivers in Cameron Highlands could talk, [they] would most probably say to human beings: ‘Don’t kill me’,” he noted poignantly.

Yet killing the rivers people are. What environmentalists can do is try and educate the public about the costs their reckless behavior is causing the natural environment in the highlands. “[As] responsible citizens, we will not allow our beloved rivers to die,” he stressed defiantly.

As part of that mission, R.E.A.C.H. has just released a short and poignant film called “Tears of a River” to raise awareness of the excessive pollution that has befallen Sungai Bertam, one of the Cameron Highlands’ three main waterways. The film makes for distressing viewing: a beautiful landscape of burbling brooks with mossy stones is being invaded by discarded plastic bags and other forms of household waste. Parts of the river are now dying as a result. “[P]esticide and fertilisers, which carry a heavy load of pollutants such as oxygen-depleting nitrate, make their way from farm soils into rivers and threaten to aggravate an already serious situation,” Ramasamy explains.

Sadly, however, many Malaysians, Pahang locals and tourists alike, don’t seem to care all that much. They continue to take their country’s wondrous and bountiful natural resources for granted. They continue to cut down trees and pollute rivers with wanton disregard for their wellbeing. This must stop. And who can stop it? Only us. All of us.

“The highlands’ combination of genteel tea culture, hiking trails and mild temperatures remains irresistible,” Lonely Planet explains. “With eco-conscious trekking, unexplored forests and some interesting temples, there is serenity to be found amid the touristic hubbub.”

That much-vaunted serenity must be allowed to remain pristine for years, decades and centuries to come. It’s up to us to ensure that.