Worms may help us Solve the Scourge of Plastic Waste 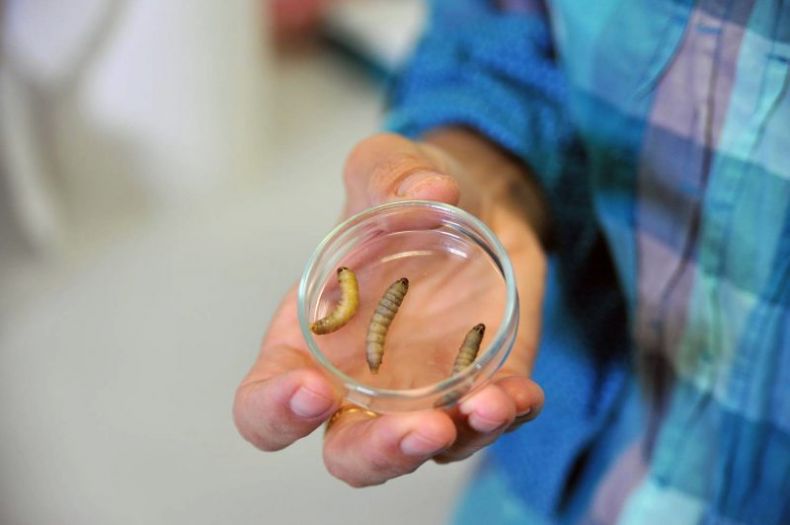 A solution to the scourge of plastic waste around the planet may come from an unlikely source: worms.

Wax worms, to be precise.

Federica Bertocchini, a European scientist who is an amateur beekeeper, recently discovered that Galleria mellonella grubs, which are small parasitic creatures that feed on beeswax inside honey combs, also chow down plastic with great relish.  After cleaning out one of her hives, she placed the worms in a plastic bag, only to find them chewing their way out in nothing flat. “I went back to the room where I had left the worms and I found that they were everywhere,” she explained. “The bag was full of holes.” 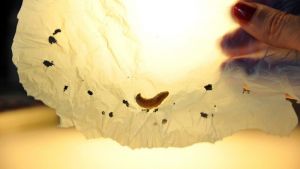 A mere 10 worms devoured this bit of plastic in just half an hiur. Photo Credit: CSIC

The researcher, who works at the Spanish National Research Council, teamed up with scientists from Cambridge University to investigate. What they found was amazing: a mere 100 worms made 92 milligrams of polyethylene disappear in just 12 hours. The grubs likely break polyethylene down with the same enzymes they use for feeding on beeswax, argue the researchers who have published their study in the journal Current Biology.

Now the scientists are working on solutions to apply those same enzymes on a mass scale in a bid to help clean up the mountains of plastic worldwide, in rivers, in oceans and at landfills. The hope is that they can insert the genes that produce the enzyme into common bacteria on land and phytoplankton in the oceans so these minute creatures could then set about devouring plastic that would otherwise take long centuries to degrade naturally.

“If a single enzyme is responsible for this chemical process [employed by the worms], its reproduction on a large scale using biotechnological methods should be achievable,” said Paolo Bombelli, a biochemist at Cambridge. “This discovery could be an important tool for helping to get rid of the polyethylene plastic waste accumulated in landfill sites and oceans.”