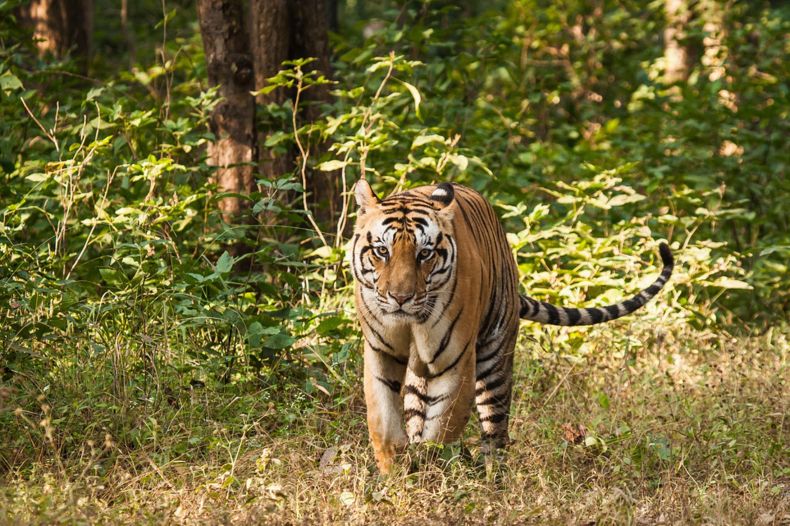 If Malaysia’s beleaguered tigers have something to fear more than poaching, it’s habitat loss. The majestic predators have seen their numbers drop precipitously over the past decades in tandem with the loss of the country’s forests and jungles. Once there were thousands of tigers roaming vast swathes of jungle. Today, a mere 340 tigers (at most) remain in the wild around the country in increasingly diminished and fragmented forests.

Yet if Malaysia’s government is to be believed, that will change. Putrajaya wants to set 600,000 hectares aside in Peninsular Malaysia as a protected tiger area. “The preservation of forest reserves other than the special protected areas, especially at the central forest spine, must be managed sustainably to ensure that Malayan tigers will conti­nue to be protected from the threat of extinction,” Abdul Kadir Abu Hashim, director-general of Perhilitan, was quoted as saying in what can only be called a welcome development.

In addition, he said, the authorities will keep a ban on deer hunting in place to ensure that the country’s tigers will have plenty enough prey animals left. The ban was first imposed in 2009 to allow for populations of Sambar deer (Rusa unicolor) to recover. Recently, experts sounded the death knell for the deer in Peninsular Malaysia, warning that without the presence of enough deer in the country’s forests the already precarious state of Malaysia’s wild tigers will become more precarious still.

It’s certainly encouraging that Malaysian officials are increasingly mindful of the parlous state of the country’s forests and realize that steps must be taken to preserve their ailing ecosystems. “We must make it a national duty to protect [tigers],” Natural Resources and Environment Minister Wan Junaidi Tuanku Jaafar stressed last year. “The tiger is very iconic in Malaysia, and you can tell as it is used in the Malaysian crest. It is a big responsibility for the ministry to carry.”

It’s a big responsibility for all of us, of course. The country and its natural environment are what we make them. By saving tigers, deer and other endangered animals, ultimately we’ll be saving ourselves and our national heritage.