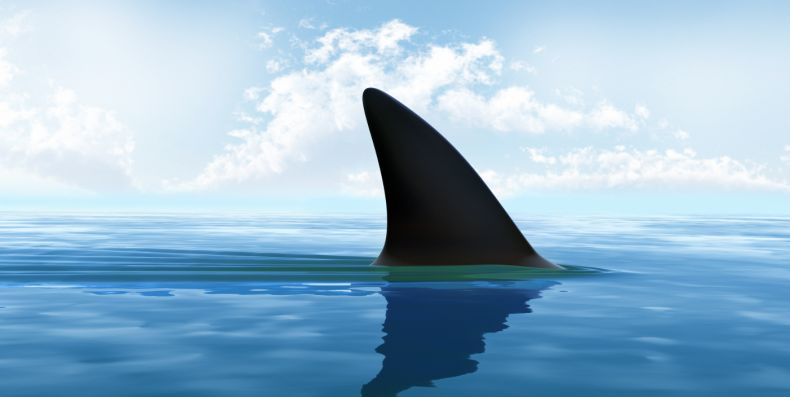 A shark's dorsal fin belongs on its back, not on someone's plate. Photo Credit: Consume with Care

Ask officials in Sabah, and shark finning is practically nonexistent in the country’s waters. Ask conservationists, though, and it does happen, and rather too often. And not only that, but it can happen in broad daylight in what should be pristine and idyllic marine environments.

The Danau Girang Field Centre in Sabah has provided hard proof of rampant shark finning in the state’s waters in the form of a photograph taken at a diving paradise in Semporna. It shows a jetty covered in rows upon rows of shark fins laid out to dry in the sun. The image belies routine official attestations that shark hunting isn’t a problem in Sabah. Not surprisingly, conservationists have been angered by it.

“Some sharks can be hunted but there should be a ban on hunting certain species like the hammerhead and the stingray,” argues Aderick Chong, head of the Sabah Shark Protection Association. “(But then) if the state government only bans the capture and killing of certain types of sharks, it will be difficult to identify which species the fins belong to.” 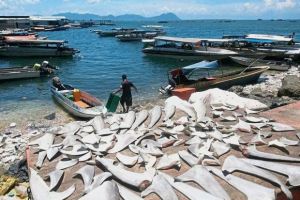 A recently taken photo shows rows upon rows of shark fins laid out to dry in the sun in Sabah. Photo: Danau Girang Field Centre

This is a reasonable argument, of course. Trusting fishermen to decide which sharks can be hunted safely could pose challenges as they may not be able to tell species apart … or else may no want to do so. Nor should local fishermen be left to continue engaging in finning, a cruel practice that often sees live sharks mutilated and thrown back into the sea to die a slow and painful death. “Why do they need to fin the fish and sell the body separately? This clearly shows that the shark fin trade is real and continues to exist in Sabah,” Chong stresses, and we can only agree.

Rather than continue to be in denial, local officials in Sabah should boost efforts to protect the state’s beleaguered shark populations. Whereas shark sightings used to be routine at Sabah’s famed diving sites, they have gone increasingly AWOL in recent years, indicating that local populations of the majestic fish have plummeted. And if the sharks go, so will the tourists. Foreign divers who bring plenty of income to locals will go elsewhere if Sabah’s marine wildlife takes a plunge. This will only hurt Sabah’s booming tourism industry.