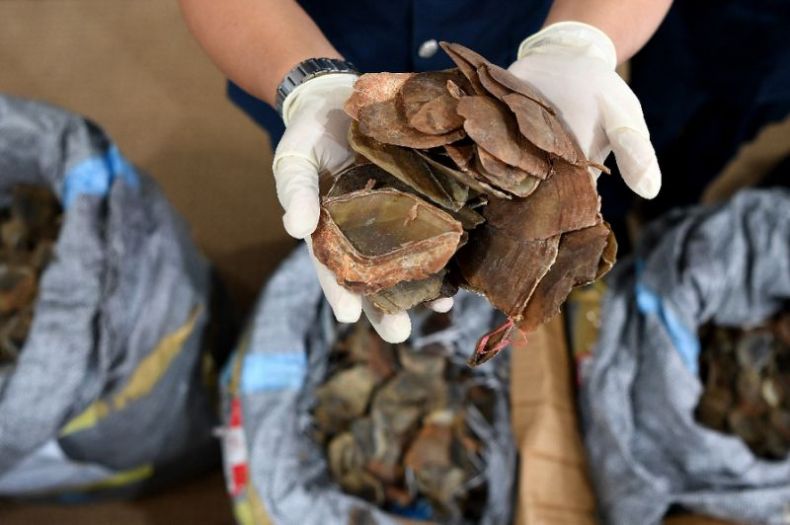 A Malaysian customs official displays some of the pangolin scales that were discovered in two separate shipments from Africa at Kuala Lumpur's International Airport. Photo Credit: AFP

Alert customs officials, acting on a tip-off at Kuala Lumpur’s international airport, made a sad discovery: a large haul of pangolin scales. Stuffed in 18 gunny sacks were the scales of an estimated 1,400 African pangolins. The haul, which weighed 712kg, would have been worth more than RM9 million ($2 million) on the black market.

The scales had been flown from Africa in two separate shipments: one from Accra, Ghana, via Dubai; the other from Kinshaha, Congo, via Nairobi, Kenya, and then Dubai. The scales were likely destined for Vietnam or China, where many locals continue to ascribe curative properties to the scales of these gentile animals, which have been dubbed “the world’s most trafficked mammal.”

Think about that: another 1,400 pangolins are dead just so that some people can continue indulging in the fantasy that these scales can cure a variety of ailments. And they are willing to shell out minor fortunes for the scales, a fact that continues to drive a booming illegal trade in the scales of pangolins. On the Malaysian black market the scales are worth up to 1,500 ringgit ($346) per kilo, but they can fetch far more in China and Vietnam. 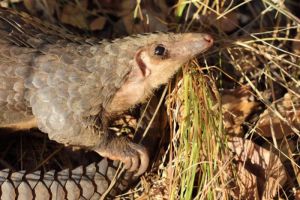 Quite a waste of money that since pangolin scales contain nothing but keratin, the same substance found in human hair and fingernails. People might as well be chewing those for the exact same health benefits: none, that is.

Yet inane atavistic beliefs are driving all the eight subspecies of pangolins into extinction in the wild: the four Asian pangolins (the Indian, Philippine, Sunda, and Chinese) and the four African ones (giant, tree, ground, long-tailed). Over the past decade, an estimate 1 million pangolins have been killed from Africa to Asia for their scales, as well as their meat, which is prized by some people as an “exotic dish” in Vietnam and China, and sadly Malaysia.

Malaysia’s Customs Act 1967 prescribes a maximum of three years in prison and a hefty fine for people found to have been smuggling pangolin scales into or out of the country. Meanwhile, CITES has recently banned all international trade in pangolins and their parts in a bid to save them from extinction before it’s too late.

Three cheers to Malaysian officials for being alert and seizing the illegal shipments of pangolin scales from Africa. May they remain ever vigilant.