Lasah will remain at Langkawi 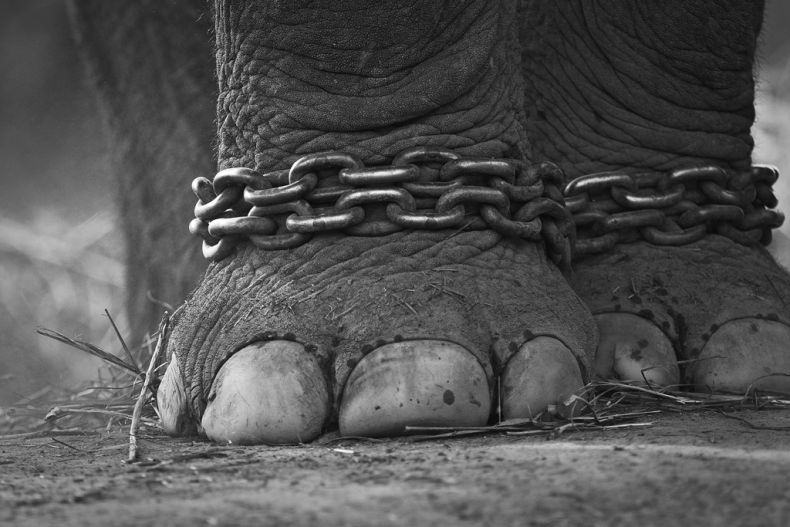 Here comes bad news for friends of Lasah, the ageing work elephant: Despite public outrage at his alleged  ill treatment and a long campaign to secure his release, Lasah will remain at the Langkawi Elephant Adventures (LEA) amusement park on Langkawi island in Kedah.

Malaysian wildlife authorities have decided they saw no reason to take the elephant away from the park and relocate him to an elephant shelter in Sabah as animal lovers would have liked.

A special team of officials, headed by Azimuddin Bahari, deputy secretary-general at the Natural Resources and Environment Ministry, began investigating the condition of the elephant last March after months of allegations by animal rights advocates that the 37-year-old pachyderm had been facing routine abuse at the facility. Minister Wan Junaid Tuanku Jaafar himself visited the park to check on Lasah and speak with local staffers in March.

Based on inspections by the Wildlife and National Parks Department (Perhilitan) and the Malaysian Association of Zoological Parks and Aquaria (Mazpa), the elephant was deemed to be healthy and well kept. “The LEA management complied with all the regulations set by Perhilitan, and this report was supported by a consultant for wildlife management,” the committee said in a statement. 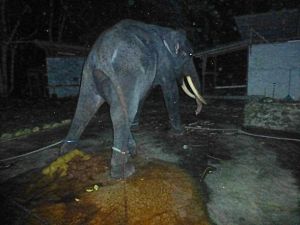 Lasah, en elderly elephant, has been keep in chains and isolation at the Langkawi Elephant Adventures Park. Photo Credit: FOTO

The conservationist group Friends of the Orangutans (FOTO) first brought attention to Lasah’s plight at the amusement park on Langkawi island in Kedah, where he has been kept for the past decade. The elderly Asian elephant has been used for the amusement of tourists and chained up all alone much of the rest of the time. That kind of solitude is a painful experience for elephants, which are highly social animals.

The park’s director Jason Loh stressed the decision vindicated LEA’s staffers. “In fact, we have complied with all the (international) guidelines and regulations governing the management and involvement of animals in interactive programmes, even before the guidelines were established (and enforced in Malaysia),” he told the Bernama news agency. “I wouldn’t know what the agenda is behind them (FOTO) continuing with their campaign, but they have not been fair to us,” Loh added.

We can’t speak for FOTO, but we’d hazard that the animal rights group had nothing against LEA itself per se. Rather, it simply wanted to help an elephant that surely deserves better, after long years of being used to amuse people, than to continue to languish in pitiful captive settings. It’s regrettable that Malaysia’s wildlife officials did not agree.

Be that as it may, all the attention devoted to Lasah’s plight has not been in vain. It has no doubt ensured that his keepers will now be compelled to provide him with better conditions than before if they want to avoid yet more bad publicity. There’s a bit of silver lining in that.