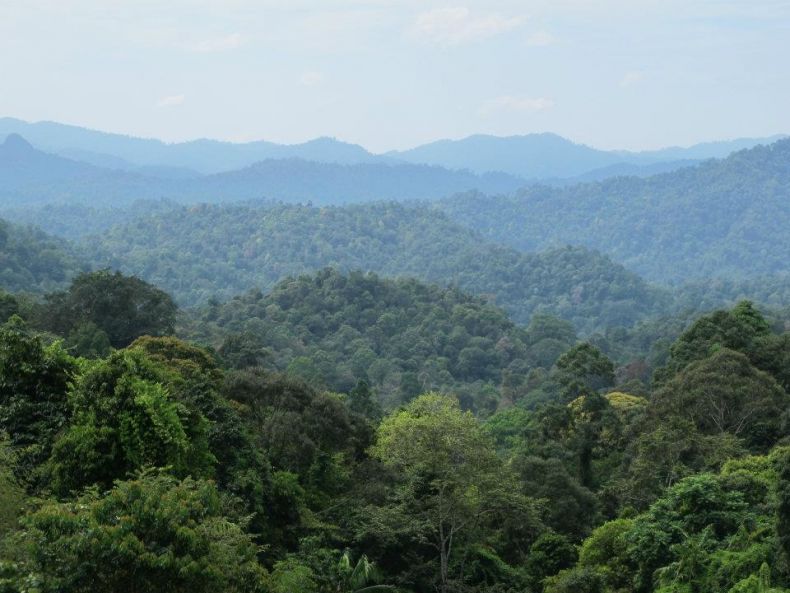 The forests of Ulu Muda in Kedah are renowned biodiversity hotspots but are under threat from logging. Photo Credit: Journey Malaysia

The Ulu Muda forest reserve is a 160,000-hectare hotspot of biodiversity in Kedah and one of the largest swathes of lowland dipterocarp forest in Peninsular Malaysia. Its wildlife boasts well over a hundred species of mammals, including Asian elephants, Malayan tigers, Malayan tapirs, Malayan sun bears, gaur and flying squirrels. It’s also home to hundreds of species of birds, including several species of endangered hornbills.

The reserve serves as an important water catchment area for local dams and provides water to much of northern Peninsular Malaysia. “Rivers originating from deep within this forest provide as much as 96% of Kedah’s and 80% of Penang’s water supply driving the region’s growth,” WWF-Malaysia explains.

But here’s the problem: local forests have fallen victim to rampant logging, which endangers the environmental health of local forests. Large parts of them are being stripped bare in full view. “A two-hour observation in front of the office showed that some 100 logs ferried by 10 lorries were inspected,” reported The Star newspaper last summer.

Now another investigation by The Star has revealed that the illegal logging carries on unabated in the reserve, which is the size of Singapore and stretches all the way to the Thai border. “A check by The Star on Wednesday revealed hundreds of logs stacked at the base site. There was also heavy machinery parked there,” the newspaper writes.

Needless to say, the logging activities have angered environmentalists. In an open letter, 10 leading conservationist NGOs, including WWF-Malaysia, Sahabat Alam Malaysia (SAM), the Malaysian Nature Society and the Consumers’ Association of Penang, have called on the authorities to protect the area from any further logging.

“We also strongly call on all parties, including other state governments and businesses that benefit from the Greater Ulu Muda forests ecosystem services to work together with the federal and Kedah state governments in forming a mechanism which will benefit all parties,” the nonprofits write.

“These forests are important carbon sinks that not only trap carbon dioxide (CO2) in the atmosphere and control global warming, but also give us oxygen (O2),” they add. “Thousands of people in all three states of Kedah, Penang and Perlis depend on these forests for their livelihood.”

Logging and other destructive activities can adversely impact the area’s water resources and wildlife. They must be stopped immediately. Complicating matters is that in some parts of the Greater Ulu Muda area, logging is allowed by law. That, too, must stop.

“We fully understand that logging and other extractive activities generate revenue for the state, however the importance of these forests warrant full protection,” the NGOs note.