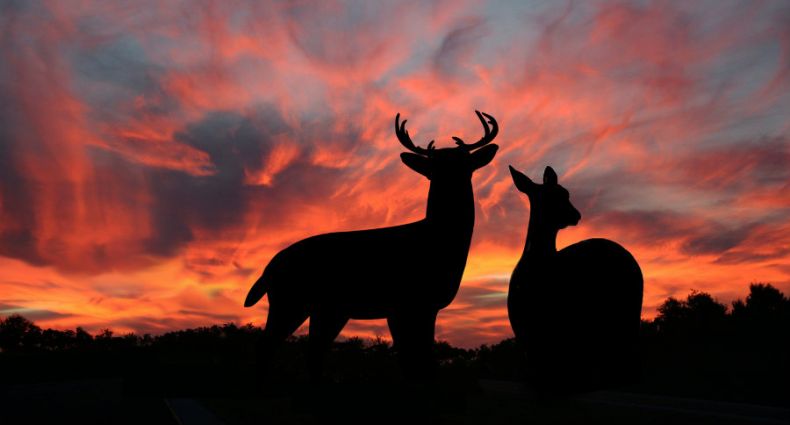 Deer remain at risk from being hunted in Sabah. Photo Credit: Google Sites

It’s not as if people in Malaysia lack for meat but some of them, unfortunately, have a taste for bushmeat.

And so it happened that officials from the Wildlife and National Parks Department (Perhilitan) in Sabah discovered a sack inside a polystyrene box. Inside were 4.6kg of deer meat, 2.3kg of mouse deer meat and 1.6kg of deer organs. They also sized heads that once belonged to a barking deer and a mousedeer.

Worse: the illegal fare was discovered at Sandakan Airport, where it was tried to be checked in as baggage to be flown to Selangor in Peninsular Malaysia. The person responsible was a school clerk.

“During the scanning, the box was seen to have the heads of horned deer and horned antelope, as well as three pieces of meat, including internal organs. The seizure of all animal products weighed about 8.5kg,” Hussein Muin, an officer, told the media.

Barking deer and mousedeer are traditionally game animals in Sabah, but exporting their meat without a permit is in breach of Section 53(b) of the Wildlife Conservation Act 1997. Wrongdoers face the prospect of three years in prison and a fine of up to RM50,000, or both.

A thriving if largely clandestine bushmeat trade in Sabah poses a clear and present danger to local wildlife, especially endangered species. The meat of illegally hunted Sambar deer, barking deer and mousedeer are widely sold at local farmers’ markets in some districts like Nabawan. Bushmeat, including the meat of critically endangered species like Sunda pangolins, is also peddled occasionally on social media, including Facebook and WhatsApp, even though people doing so face the prospect of heavy penalties.

Members of the Sabah Wildlife Watchers, a grassroots conservationist group of local residents, reported during recent visits to farmers’ markets in Nabawan that, in the words of one horrified member of the group, “dreadfully to our horror [that] it was brisk business as usual at Nabawan Tamu with a multitude of many different species of wildlife being sold, including barking deer, binturongs, civet cats and even porcupines.”

The bushmeat trade in Sabah must stop. We’ve said that before and we’re saying it now again.