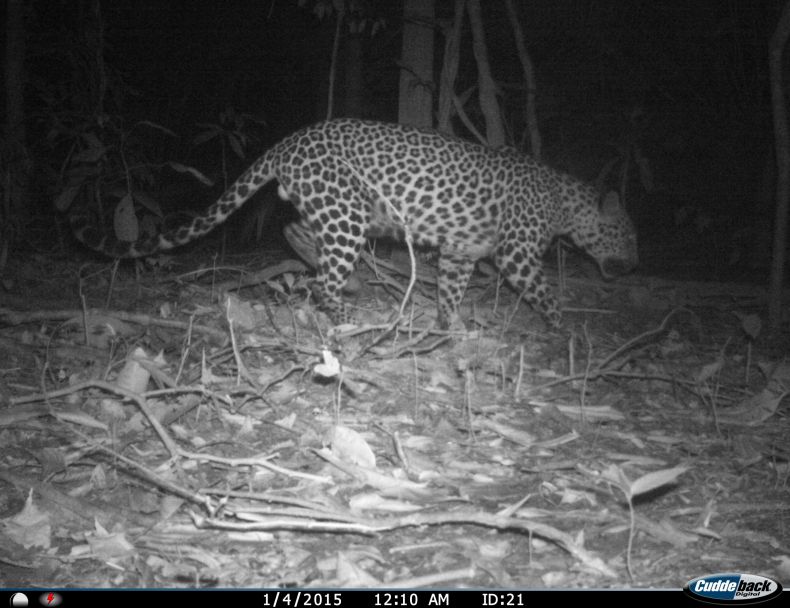 A clouded leopard is recorded on a camera trap in Ulu Muda. Photo Credit: WildCRU

It’s not as if we needed another reason for saving the rainforests of Ulu Muda, but here’s one anyhow: it’s only one of two areas in Malaysia where spotted leopards still roam.

The forest reserve of Ulu Muda in Kedah serves as a wildlife corridor between the fo­rests in southern Thailand and the Pedu Forest Reserve in Kedah. Because of the thick forest cover and high elevation of local forests, clouded leopards continue to thrive in the area, as do a number of other endangered animals from Asian elephants to Malayan tapirs.

These elusive, medium-size predators spend much of their time in the canopies of trees, away from prying eyes. They are found across Southeast Asia from the Himalayas in Bhutan and Nepal to northeast India and Bangladesh, and from Burma, Thailand, Vietnam, Cambodia and Laos all the way to Malaysia in the south. 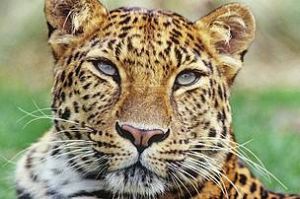 Yet throughout their range, they’re increasingly at risk because of habitat loss and poaching. Sadly, Malaysia is no different. In Ulu Muda, there is only a single leopard for every 100 square kilometers, according to  Oxford University’s Wildlife Conser­vation Research Unit (WildCRU).

That is way too few even by the standards of Malaysia’s rather parlous state of wildlife density in general. The cause for this paucity of leopards in what were once forests teeming with Malayan tigers, Malayan sun bears and other majestic creatures: hunting and logging.

WildCRU recently conducted studies in local forests by setting camera traps around them. These cameras documented the presence of myriad animals, yet they also showed that local forests have been beset by rampant logging, most of it illegal. The group’s researchers themselves saw telltale signs of illegal hunting and poaching activities within Ulu Muda.

“In total, we found 20 gun shells and probably, six to seven felled agarwood trees,” WildCRU said, according to the Star Online. “Our camera traps have revealed multiple detections of people from Vietnam, Myanmar, Thailand and Laos, armed with harvesting and hunting tools.” In other words, poachers were almost as likely to show up on cameras hidden in forests as were wild animals.

Recently, a grouping of 10 leading environmentalist groups, including WWF-Malaysia, Earth Lodge and Sahabat Alam Malaysia (SAM), have issued an open letter calling on the government to step up efforts to weed out all illegal poaching and logging activities in the Ulu Muda Forest Reserve. “The Greater Ulu Muda forests are not just home to an amazing variety of plants and wildlife, it is a source of life for many people who may not even be aware of their dependence on it,” the NGOs wrote. “These forests are important carbon sinks that not only trap carbon dioxide (CO2) in the atmosphere and control global warming, but also give us oxygen (O2).”

WildCRU has likewise called on Kedah’s government to ensure that local forests remain relatively underdeveloped so as to deny any easier access to them for poachers and loggers. “Opening up logging roads will increase accessibility for the already existing illegal activity,” it said.

Development is often welcome. But not when it comes at the expense of local flora and fauna. We must ensure that leopards can and will continue to roam in the forests of Ulu Muda untroubled by people.