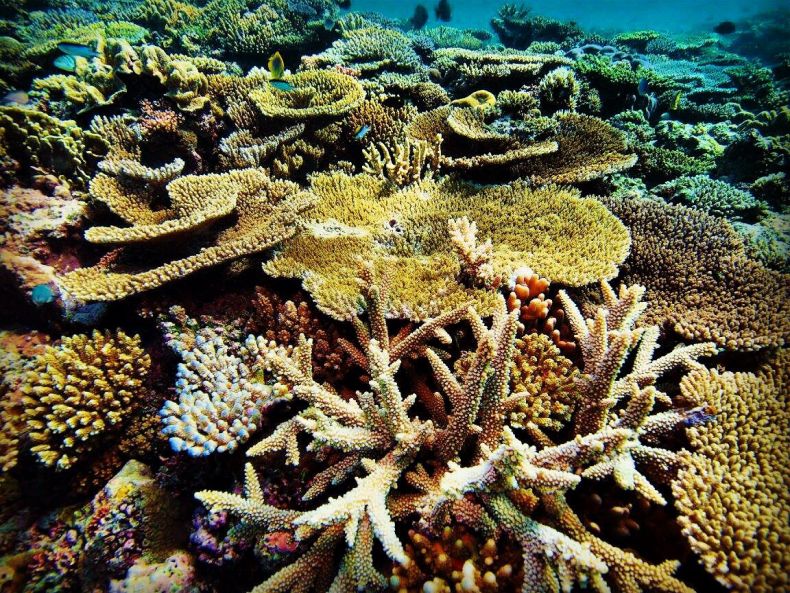 Stressed reefs may yet survive thanks to types of hardy corals that can survive in warming and acidifying waters. Photo Credit: Emma Camp via Twitter

The increasingly frequent mass bleaching of corals, driven by climate change, has placed the very existence of numerous reefs at risk from Australia all the way to the Indian Ocean. And as water temperatures continue to rise and ocean water continues to acidify owing to global warming, there’s little cause for hope.

An international team of scientists has found that corals in the Gulf of Aqaba in the Red Sea are resistant to warming and acidifying waters. Local corals can easily weather stressful conditions that would cause normal corals to begin bleaching and dying en masse, say the scientists who have published their findings in the journal Royal Society Open Science. 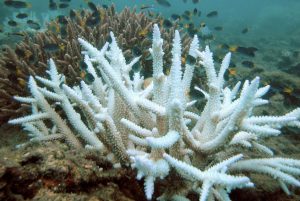 Local corals “are living under suboptimal temperatures right now and might be better prepared for future ocean warming,” the scientists report. They believe that Red Sea corals, which grow nowhere else, have evolved a high degree of thermal-resistance due to the stressful climatic conditions that prevail in the area. In fact, the corals responded well to artificially induced stressful conditions under which the scientists have placed them. “Most of the variables that we measured, such as energy metabolism or building a skeleton, were actually improved [in such conditions],” one of the researchers said.

Nor are these corals the only ones that seem capable of withstanding extreme conditions. Recently, Australian researchers discovered another type of hardy coral, in the waters of New Caledonia, in the South Pacific. These corals, too, thrive in unhospitable settings: within the salty, warm and murky waters of mangrove forests. Like their counterparts in the Red Sea, they have apparently turned resistant to extreme environmental stresses over time.

“All these kind of discoveries are really exciting,” said David Suggett, an associate professor working for the Future Reefs Program at the University of Technology in Sydney. “What we’re starting to learn is that corals are surviving in waters that are really hot, really acidic, have very little oxygen and these are the conditions we’ve predicted under climate change.”

That’s good news. Scientists hope that we might yet be able to save dying reefs around the ocean by reseeding them with hardy corals that could withstand whatever climate change might throw at them.