A Black Panther dies on a Pahang Road 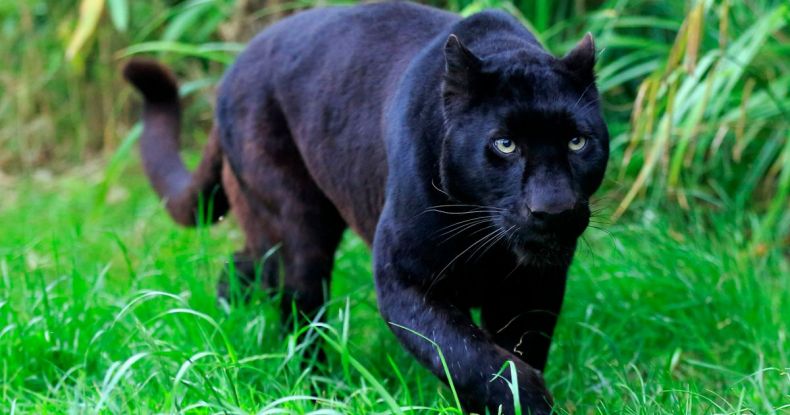 A dead panther was found lying by the side of the road near Sungai Yu Forest Reserve in Merapoh, Pahang. The predator had likely been trying to the other side of the forest near a wildlife crossing when it was hit and killed by a passing vehicle. The black panther’s carcass was found “on the road shoulder, about eight kilometres away from the Sungai Yu Eco-Viaduct (special pathway for animal crossings),” said Ahmad Azhar Mohammed, director of Pahang Wildlife and National Parks Department (Perhilitan).

The animal’s death in a road accident comes mere days after a young elephant was killed in a similar accident along the Gerik-Jeli Highway in Perak. 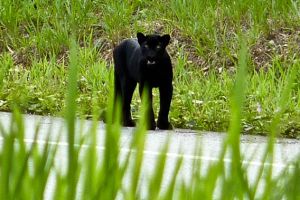 A black panther stands by the side of a road in Malaysia. Photo Credit: Facebook

Needless to say, it’s not as if we can lose any more black panthers, which are leopards with a genetic mutation that causes their coat to have a uniformly black coloration. Like all leopards, panthers are reclusive and solitary predators that mostly hunt at night and are rarely seen in the wild.

And like leopards everywhere, Indochinese leopards (Panthera pardus delacouri) are endangered throughout their range in Malaysia and elsewhere across the region. At best only around 2,500 of them are left in the entire region, although exact numbers are hard to come by because of the animals’ highly elusive nature. “Most people assume that leopards are still common everywhere, whereas everybody probably knows by now that tigers and lions have become very rare in the wild,” said Jan Kamler, who works with the conservationist group Panthera, which seeks to save big cats worldwide.

In fact, Southeast Asia’s leopards have long fallen on hard times. They have lost as much as 93% of their former habitat over the past decades. They have already gone extinct in neighboring Singapore and may well now be extinct in Laos and Vietnam, too. “In particular,” Kamler said, “many areas have experienced epidemic levels of snaring, for wild meat and animal parts, which have devastated leopard populations in the region.”

We also have to add road accidents as a potential source of deadly danger to the animals, as well as to other roaming and migratory wildlife. Last year a pregnant tiger was killed while crossing the road in Terengganu. Following news of the panther’s death in Pahang, the Malaysian Conservation Alliance for Tigers (MYCAT) has renewed its call on motorists around the country to drive slowly and carefully through protected areas where wildlife may be expected to cross. “MYCAT urges all drivers to spare a thought about road safety and slow down; for the sake of you, your passengers and Malaysian wildlife,” the conservationist group wrote.