Coastal development in the Straits of Malacca harms Corals and Turtles 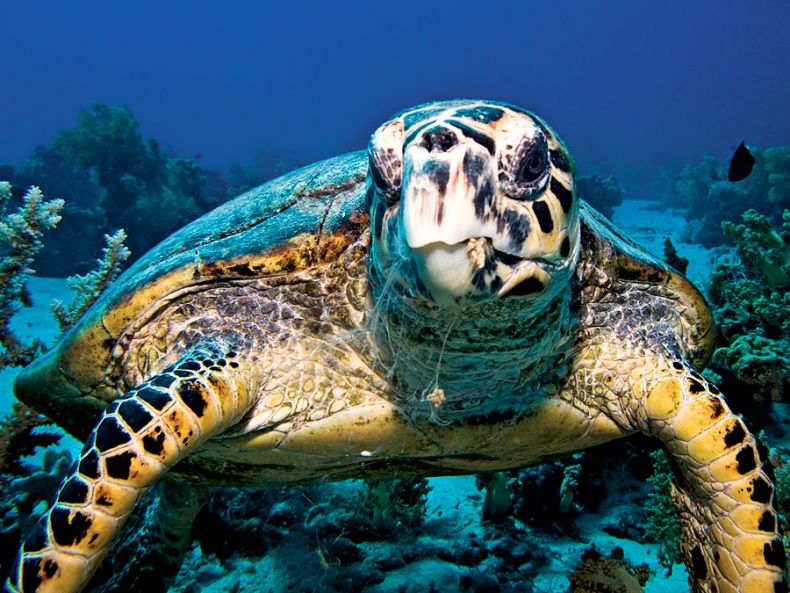 Hawksbill turtles like this one are being driven away from the Straits of Malacca by coastal development. Photo Credit: WWF

Beachfront properties are highly prized across Malaysia by developers, and for good reason. Sea views are a great selling point for any new houses, condominiums or bungalows. Yet coastal development often harms marine ecosystems in various ways. They can also harm fragile coral reefs.

A case in point is the Straits of Malacca, where reefs have been suffering from increased sedimentation brought on by development, which has worsened turbidity in the shallow waters where they live. “Reefs are only found in shallow waters of less than 10 metres in depth,” said Wan Junaidi Tuanku Jaafar, minister of Natural Resources and Environment, according to the Bernama news agency. “This is especially true in the coastal waters off Malacca where the straits gets narrower and it is also one of the busiest maritime highways in the world.”

The Straits of Malacca is home to several famed reefs at such locations as the Pulau Payar Marine Park, Pulau Langkawi, Pulau Perak and Pulau Jarak. All these areas are popular tourist spots but land clearing for development on the coasts has increased sedimentation. In tandem, the growth of coastal communities has led to an increase in sewage and domestic waste leaching into the sea.

Needless to say, not only corals but other forms of marine life have also been affected. “Another species affected by the destruction of coral reefs is the hawksbill turtle, where the coastal beaches and islands in Malacca are also important hawksbill turtle nesting sites in Malaysia,” Wan Junaidi said. “This is the largest nesting population in Peninsular Malaysia, second only to Sabah’s Turtle Islands.” 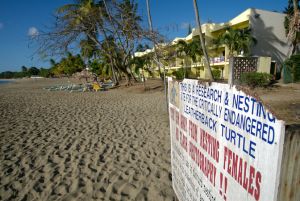 According to a recent study by the World Wide Fund for Nature (WWF), critically endangered hawksbill turtles, which like to live in coral reef habitats, have been migrating from Malacca to the Riau Island archipelago, in Indonesia, in search of food and better conditions. The reason: coastal reclamation in the Straits.

“Right now, we believe that reclamation near Klebang along the Straits of Malacca causes the decline in turtle landings in Pulau Upeh, which is the largest hawksbill turtle nesting beach in Peninsular Malaysia,” Lau Min Min, head of Malacca Turtle Conservation at WWF-Malaysia, recently explained.

“The number of turtle landings in Pulau Upeh dropped five times since 2011 from 111 landings to only 13 landings as of October this year,” she added. “But the effects of coastal development cannot be felt instantly. It may only be felt miles and kilometres away at other nesting beaches years later,” the conservationist elucidated. “By then, it will be too late as turtle landings would have been gone. Who will take the blame and reverse its effects?”

The solution is, of course, simple: we have to make sure that all development is in line with principles of environmental conservationism. “Coastal development needs to be well planned and properly managed,” Wan Junaidi said, “to ensure the sustainability of coral reefs in the Malacca waters.”

In addition, he added, we also have to ensure that we don’t let sewage and waste continue escaping into nearby waters.