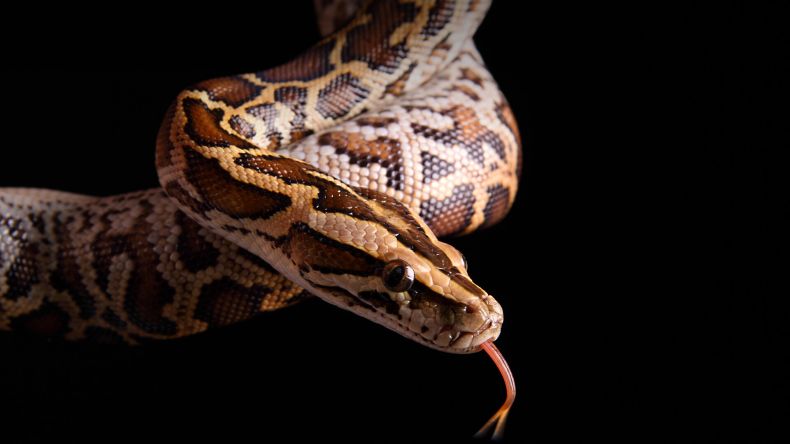 Many people want wild animals as exotic pets. Other people like to eat them. And some people’s penchant for exotic “meat” is so great that they will go to great lengths and expenses just to obtain the meat of rare and endangered animals.

What’s worse is that some otherwise reputable sellers are all too willing to cater to such reprehensible culinary tastes. A case in point is a supermarket in Manado, the capital of North Sulawesi province. 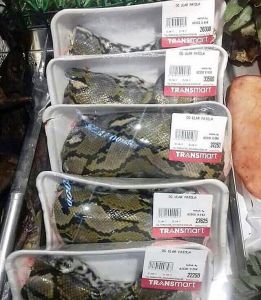 As members of the animal welfare group Jakarta Animal Aid Network have discovered to their horror, a store of the Indonesian supermarket chain called Transmart was selling slices of meat from dead pythons in Manado. The group has called for a boycott of the supermarket chain, while numerous animal lovers within the country and outside it have expressed anger and sadness over the sale of snakes as meat.

Others, however, have defended the sale of python meat, insisting that people have the right to eat whatever they wanted.

“Manadonese cuisine is famous for many things, including being incredibly spicy, but it is also controversial for utilizing a wide variety of ‘exotic’ meats, including bat, boar, field rat, cat, dog and, yes, snake in its cooking,” an Indonesia-based online news site explains. “The traditional marketplaces in the nearby mountain town of Tomohon and Tondano are especially infamous for selling these meats.”

Needless to say, in Malaysia, too, the sale of endangered animals as bush meat remains all too common, especially in places like Sabah, despite unrelenting efforts to shut it down.

Meanwhile, the manager of the Indonesia store in question said the supermarket would pull python meat off the shelves in the face of all the negative publicity. However, he clearly saw nothing wrong with selling the meat of snakes per se as he insisted that many other stores in Manado have been doing so as well.

It’s the usual “if everyone else is doing it, it can’t be wrong” excuse. But killing and eating endangered animals is wrong no matter how many people may think otherwise.