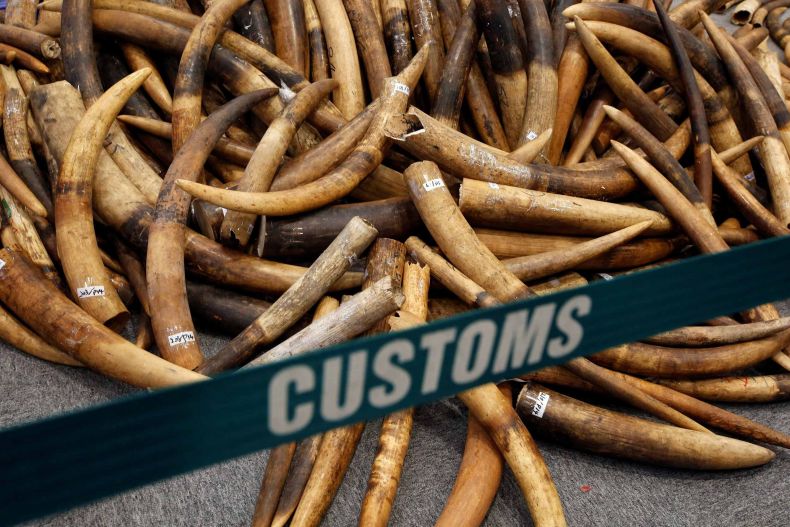 These are some of the elephant tusks that were seized by Hong Kong Customs officials. Photo Credit: Reuters via Pinterest

Just when we’ve thought that Malaysian officials have managed to successfully roll back international ivory-smuggling syndicates using the country as a transit point, here comes a reminder that ivory smugglers remain relentless and continue to use the country for their nefarious activities.

To wit: customs officials in Hong Kong discovered a shocking 7,200kg of ivory tusks, which had originated in Malaysia.

Valued at around US$9 million, it’s the largest haul of contraband ivory seized in Hong Kong in three decades. The shipment of tusks from African elephants had been labelled as “fish” and sent to the Chinese territory from Malaysia. The elephant tusks were stored in boxes hidden under frozen fish. “The 1,000 boxes were half-empty when we found them with frozen fish put around the ivory,” a customs official was quoted as saying by the Reuters news agency.

Local authorities have arrested the owner of a Hong Kong trading company and two of his employees. The trio are facing hefty fines and up to nine years in prison for violating Hong Kong laws that prohibit trade in endangered animals and their parts. 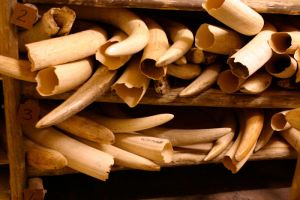 Elephant tusks like these stored in Africa are inviting targets for smugglers. Photo Credit: WWF

According to the conservationist group WildAid, as many as 720 elephants were killed for their tusks in this one shipment alone. Let’s reflect on that for a moment: hundreds of more elephants are dead just because people continue to prize items fashioned from their tusks.

“These tusks represent the lives of hundreds of elephants,” said Margaret Kinnaird, head of WWF’s global Wildlife Practice. “In the Selous Game Reserve, Tanzania, for instance, almost 90 per cent of elephants have disappeared due to poaching in the last 40 years with only about 15,000 remaining.”

WWF has called on authorities from Africa to Asia to crack down harder on international syndicates trafficking in ivory. The tusks’ likely final destination was mainland China, the world’s largest market for ivory. Encouragingly, China has promised to end all illegal trade in ivory by the end of this year, but eradicating all trafficking in contraband ivory in China and elsewhere will be a daunting task given that poachers and traffickers routinely take advantage of a lack of law enforcement and outright corruption in developing nations from Africa to Asia.

Hong Kong itself has long served as a convenient gateway for smugglers into China. Everything from shark fins to pangolin scales is regularly smuggled into the Chinese territory from elsewhere in the region, including Malaysia. Hong Kong ranks as the 5th largest hub of contraband ivory in the world, and between 2000 and 2013, a massive 33,000kg of elephant tusks were seized in the territory. “[This] latest seizure is almost one-tenth of the recorded ivory stock (77,000 kg) in Hong Kong,” WWF notes.