Throw the Book at Miners Breaking the Bauxite Ban in Kuantan 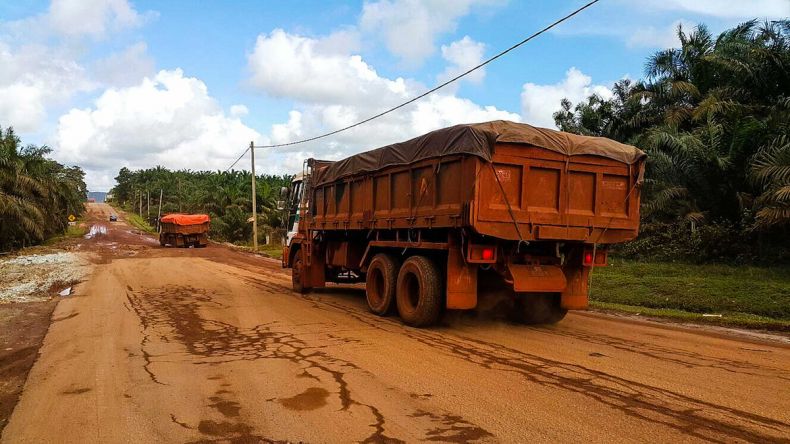 Since January last year all mining of bauxite in Pahang has been banned. So how come bauxite exports from the state have increased significantly? Yet increased they have, according to data on bauxite imports from China, which is the final destination of all the bauxite mined in Malaysia.

And it isn’t from the existing stockpiles of the iron ore, either, that those exports have come. Eighteen months after the moratorium came into force in January 2016, the Reuters news agency explains, “the stockpiles are the same size as they were at the start of the ban, even as Malaysia has exported more than 9 million tonnes of bauxite to China, according to Chinese import data.” Last December exports of bauxite from Malaysia were at just 165,587 tons, but they quadrupled to 719,614 tons by this past May.

So what gives? There’s no mystery, of course.

“The bauxite goes out at irregular hours, from day to night,” a villager in Kuantan told the news agency. “There are no fewer than 200 truck delivery trips a day from the mining sites to the port. How can the stockpiles go down like that?”

A good question. But sadly we know the answer.

A local MP, Fuziah Salleh, has also confirmed that at least some of the miners in Kuantan have resumed excavating more bauxite ore despite the ban, which remains in place. “For the last six months, we’ve received reports from residents about the presence of fresh excavations,” he said. “That is why the volumes of the stockpiles do not go down,” he added. “We will still be contaminated with the dust and erosion of stockpiles into the water.”

This report confirms earlier ones from Kuantan that mining operators have been willfully in breach of the comprehensive moratorium. Already early this year, villagers in Kuantan reported the renewed presence of excavators near their homes. Some of them even confronted the drivers.

“The excavators passed by my house on Monday and when I demanded [to see] a permit, they could not provide me with any proof. I’m not sure what the mining operators are up to,” an elderly villager told The New Straits Times.

“We suffered for four years and they (miners) have already damaged our land, roads and farms,” the villager added. “The moratorium gave residents some peace and allowed us to breathe fresh air, but now the return of mining works is going to give us a nightmare.”

Mining operators have, predictably enough, denied that they have been resuming their activities, but such denials sound hollow in the face of mounting evidence that they have done just that.

Unregulated bauxite mining inflicted massive damage on Kuantan’s environment throughout 2015, but no miner or senior government official in Pahang was in the end held responsible. It seems those same officials who let miners devastate Kuantan’s environment in the first place are now turning a blind eye again to yet more potentially devastating mining activities.

It’s a telling indictment of the state of affairs in Pahang that such brazen impunity is now the order of the day. The federal government must step in and step up its enforcement of the ban. It must also throw the book at anyone who is found to have been breaking the moratorium. That includes culpable officials, too.