Heading off on some Jungle Adventures 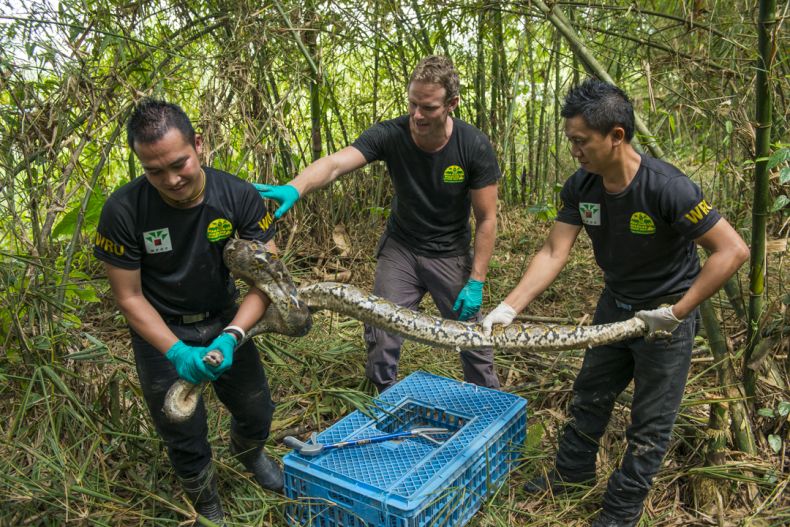 First, Aaron “Bertie” Gekoski, an award-winning wildlife photographer and television presenter, introduced us to the heroic men and women who are helping save Sabah’s endangered wildlife. He did so in a series of short online documentariesJoin called “Borneo Wildlife Warriors” with stunning camerawork and revealing interviews.

Now the intrepid conservationist has set out to introduce us to the jungles of Borneo in a whole new series appropriately titled “Borneo Jungle Diaries” in the best tradition of filmmaking naturalists like David Attenborough.

And a good thing, too. The Bornean state’s stunning wildlife does need all the welcome publicity it can get so as to remind all locals and Malaysians farther afield what a treasure trove of natural wonders Sabah is. Beyond the obvious entertainment value, such wildlife documentaries can make a difference by showing people who may never make it to the heart of Malaysia’s jungles the cornucopia of plants and animals that inhabit them and why it is that we must protect them. 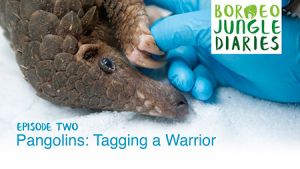 In the first episode of his latest sojourns, which aired in early June, Gekoski set his sight on the mighty Kinabatangan River, which, he tells viewers, is “home to countless species, including 44 endemic mammals and 37 endemic birds.” That the river certainly is. One of the most biodiverse places on earth, the riverine region in Sabah remains one of the last relatively untouched tropical jungles in Southeast Asia.

In the second episode, the intrepid filmmaker sets out to investigate the plight of pangolins, those idiosyncratic animals that enjoy the dubious distinction of being the “most trafficked mammals on earth.” If there is one animal whose plight encapsulates the dangers of poaching and wildlife trafficking, it’s pangolins. Prized for their scales (to which many people continue erroneously to ascribe medicinal properties), pangolins have seen their numbers drop precipitously over the past few decades. All the eight subspecies of them, including Malaysia’s Sunda pangolins, are now critically endangered.

In the third episode, off Gekoski goes to show us the “weird and wonderful bugs and beasties” of Borneo. “They might not be as large as elephants or famous as orangutans, but insects are critical for the ecosystem, propping up the food chain and shaping their environment,” he explains.

Then, in Episode 4, it’s on to otters, “these free-spirited, fun-loving and family-oriented animals.” And, in Episode 5, come pythons, followed by monitor lizards. those “masters of survival,” in Episode 6. Wondrous creatures pythons are, the naturalist explains, albeit regrettably many people prize them and other snakes only for their skin, which can be turned into handbags and shoes. 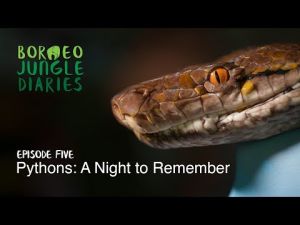 “This trade has seen rapid expansion in recent years. CITES allows a quota of skins to be exported each year, but there is also a great deal of illegal leather trade activity that occurs, and an unknown number of animals are also killed out of fear or for meat,” a spokesman for the Sabah Wildlife Department is quoted as saying.

And some people prize snakes for their meat, too, we might add. Just recently it was revealed that a supermarket in North Sulawesi was selling sliced pythons for their meat.

Each episode in Gekoski’s “Borneo Jungle Diaries” is a little gem in its own right, highlighting a fascinating aspect of Sabah’s jungle ecosystem. Long may Gekoski continue in producing similar video snapshots of the state’s unique wildlife.

“We hope to create more buzz on the wildlife conservation efforts here not just globally but also locally as many Sabahans do not know much about their endemic animals, via the online tv series,” confirmed Simon Christopher, founder and CEO of Scubazoo, the production company that is behind Gekoski’s wildlife documentaries.

More power to them.