We must Wean ourselves off Palm Oil 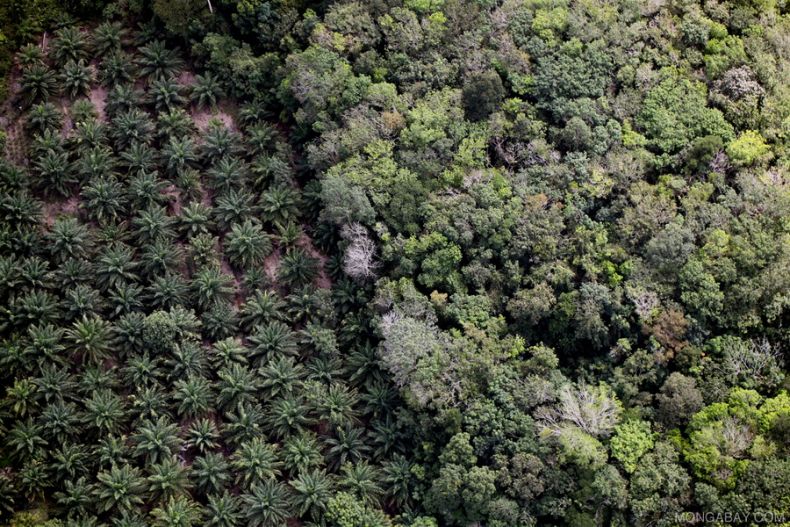 Palm oil plantations have been encroaching on virgin forests in Sabah and Sarawak. Photo Credit: saynotopalmoil.com

Whether we like it or not, palm oil production accounts for a major part of Malaysia’s economy. On the one hand, the industry has generated plenty of income for the country’s economy and created plenty of jobs as well, although most of those jobs are low-skilled and badly paid ones. 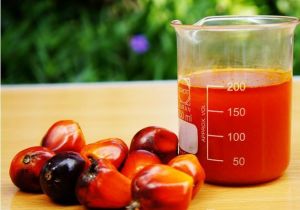 Crude palm oil can be used in a myriad of products. Photo Credit: Alibaba

On the other hand, however, palm oil cultivation in Malaysia has wreaked havoc with the country’s natural environment, leading to massive losses in forest cover in once richly forested states like Sabah and Sarawak. Needless to say, indigenous species like Malayan tigers and Bornean orangutans, both of which are now critically endangered, have been faring very badly in their ever-diminishing habitats. Continued deforestation poses an existential threat to all endangered species.

To make matters worse, the palm oil plant itself isn’t indigenous to Malaysia: it was brought over from Africa decades ago for local cultivation, which has since spiraled out of control. According to the Malaysian Palm Oil Council (MPOC), the country accounts for 39% of world palm oil production and 44% of world exports, which makes Malaysia one of the biggest producers and exporters of palm oil and palm oil products.

Palm oil is a versatile vegetable oil that is in high demand worldwide as it can be used in the production of everything from margarine to shampoos to biofuel, which is a boon to Malaysian exports. However, its mass production has inflicted grave harm on the environment in Malaysia and Indonesia, which together account for some 85% of global palm oil production.

The industry, which set up a self-regulating body in 2004 called the Roundtable for Sustainable Palm Oil, claims to be engaged in sustainable practices, but even the watchdog has come in for criticism from environmentalists for failing to uphold standards. Nor does Malaysia’s government, aided and abetted by the palm oil industry, seem to have the health of the country’s environment truly at heart.

France’s Minister of Environment Nicholas Hulot has just announced that the European nation will move towards restricting the use of palm oil in biofuels so as to try and lessen demand for palm oil, which is continuing to cause massive deforestation in countries like Malaysia. Malaysia’s response: a threat to cut down on buying French products in retaliation.

“This [plan by France] has put pressure on the palm oil industry as well as the producer,” Mah Siew Keong, minister of Plantation Industries and Commodities, insisted. “I believe that for trade between Malaysia and France to stay strong and grow, such attacks against the palm oil industry must stop,” the minister stressed. “I also call on France and other European countries to work with us in addressing their concerns over sustainability.”

So there you have it: government officials in France seem to care more about Malaysia’s environment than do some of their counterparts in Malaysia. Ahmad Hamzah, chairman of the Malaysian Palm Oil Board, was no less combative. “French attacks on (the palm oil industry) are uncalled for and misguided. France should be cherishing 60 years of diplomatic relations with Malaysia,” he warned ominously. 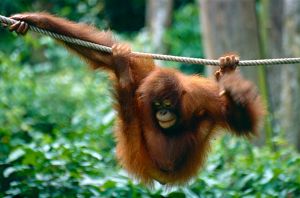 Bornean orangutans have been losing out to palm oil plantations in Sarawak and Sabah. Photo Credit: Wikimedia Commons

We are wondering why France’s concerns over rampant deforestation in Borneo should be seen as a grave attack on Malaysia itself. The French are right: Unless Malaysia changes course by reining in its palm oil production in favor of alternative, more environmentally sustainable sources of revenue, the country’s environment will suffer even more.

Wetlands International has warned that palm oil plantations were encroaching on virgin forests in Sarawak to such an extent that all those forests might disappear within a few short years. In just five years between 2005 and 2010, almost 353,000 hectares of peat swamp forests were cleared to make way for plantations. That loss accounted for a third of Malaysia’s total amount of such forest cover.

And deforestation has continued apace ever since. “As the timber resource has been depleted, the timber companies are now engaging in the oil palm business, completing the annihilation of Sarawak’s peat swamp forests,” said Marcel Silvius, a senior scientist at Wetlands International. Albeit government officials and industry players deny or downplay such dire forecasts, there’s no denying that the cultivation of palm oil on a mass scale has been disastrous for Malaysia’s environment over the past four decades.

Balancing the country’s economic interests and its environmental ones requires forethought, careful planning and rigorously enforced standards. Most of these have been lacking in Malaysia. This must change. Once the remaining forests in Sabah and Sarawak are gone, having been replaced by palm oil plantations, they will be gone forever. And with them their irreplaceable ecosystems will be gone too. We must not sacrifice the long-term health of our natural environments for the sake of short-term economic benefits.