Declaring ‘War’ on Polluters in Sarawak 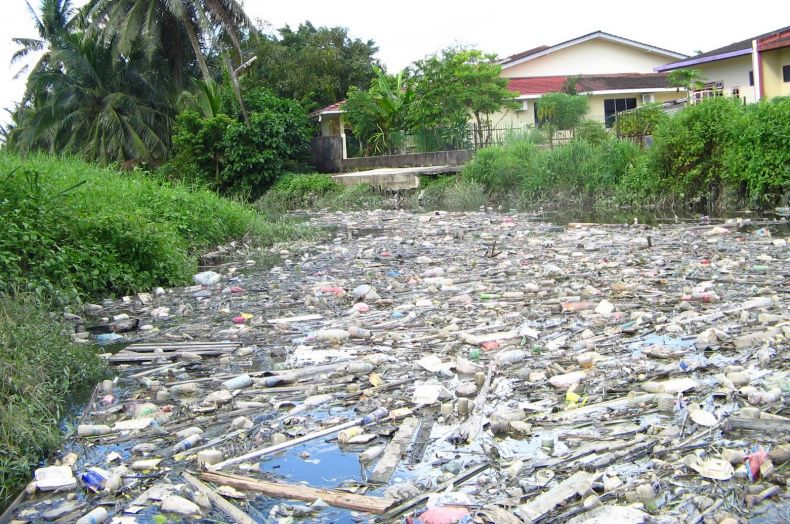 A river in Sarawak is chock-full of household waste. Photo Credit: http://harpactirinae.blogspot.hu

Sarawak has long been beset by pollution. What to do? Clamp down harder on polluters. Or “declare war” on them, if you will.

That’s according to he Bornean state’s Assistant Minister of Tourism, Arts and Culture. “We need to declare war on irresponsible polluters,” stresses Lee Kim Shin. “We need to relook the existing laws as no amount of cleaning can be adequate in the absence of stringent measures.”

About time too.  Just as in Sabah, so in Sarawak too, water pollution and endemic littering have been a scourge on the environment. What occasioned the assistant minister to threaten with “war” on polluters has been the result of recent clean-up campaigns on some of the scenic state’s beaches. “In Piasau beach, 50.1 tonnes of rubbish were collected,” he explained. “There is so much rubbish along the beaches and rivers in Miri that there is something wrong here.” 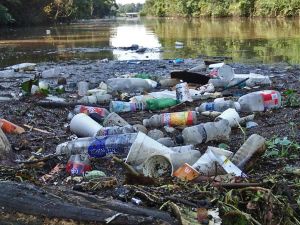 There definitely is something wrong here. What’s wrong is of course that many locals and tourists see nothing wrong with littering, turning beaches and other natural settings into large depositories for their trash. Meanwhile, waste collection and management continue to be wanting in the state and so much of that trash routinely remains uncollected.

Needless to say, large amounts of uncollected trash are not only unsightly but also unhealthy. Because of its tropical climate and relatively poor sanitation, especially in rural areas, Sarawak remains a breeding ground of tropical diseases from mosquito-borne ones like malaria and dengue fever to water-borne ones like melioidosis and typhoid. Many local water sources have been contaminated with untreated sewage, toxic chemicals and other pollutants that have been released, either purposefully or accidentally, into them from nearby plantations, settlements, villages and factories. Sewage pollution and household waste are of particular concern and have taken a toll on the health of local rivers and streams.

So yes, declaring war on polluters is one way of solving the problem. We need to educate locals about the dangers of littering and dumping their waste with abandon. We need to fine those who continue to do so despite warnings to stop. And we need to set about cleaning up Sarawak’s beaches, rivers, roads, streets and forest trails.