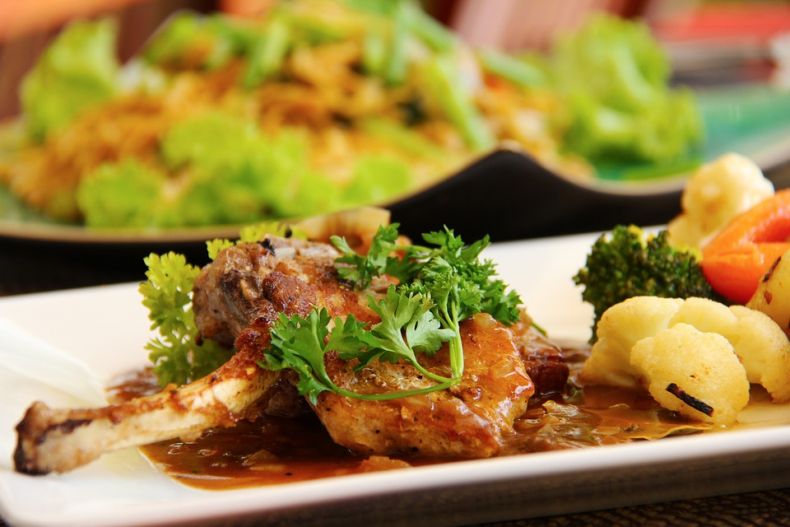 Lunch or dinner made from the meat of endangered animals isn't just another meal. It's a crime against nature. Photo Credit: Pixabay

If you thought Sabah’s infamous bushmeat culture couldn’t get any worse, think again. The Bornean state, famed for its renowned biodiversity, has long been a hotspot of “exotic” dishes made from the meat of endangered wild animals. The practice is against the law, but there’s been a thriving well-documented black market in it.

It’s been mostly locals who have comprised the patrons for such “delicacies.” But now even tourists are encouraged to partake in such forbidden meals, according to a exclusive report by Free Malaysia Today. The newspaper has uncovered evidence that some local tour operators have been organizing special bushmeat dining trips for Chinese visitors to Sabah, mostly in the Penampang area.

The dinners are held clandestinely in private homes with meals made from pangolins, wild boar, pythons, soft-shelled turtles and other “exotic” creatures. To avoid being caught, the hosts of such illegal feasts regularly change venues in a bid to foil officials. Local poachers hunt down requested species of wildlife for the benefit of Chinese tourists who are willing to fork out larger sums for meals made with these animals’ meat.

A persistent feature of economics is that when there’s demand there will be a supply to meet that demand. Sadly, there’s potentially plenty of demand for bushmeat among certain types of tourists in Sabah. In China there has long been a tradition of people seeking status and medicinal benefits from dining on the meat of rare and exotic animals. Needless to say, just because it’s a “tradition” doesn’t make it right. Nor is it right for locals in Sabah to exploit their state’s wondrous yet fragile biodiversity so as to earn some extra income by sacrificing Sabah’s diminishing stocks of wildlife for financial gain.

Augustine Tuuga, director of the Sabah Wildlife Department, has stressed that officials are “aware of this scourge” and are taking steps to clamp down on the practice. “Those who hunt or possess these animals are liable to legal action,” he told FMT. “In fact, we recently arrested a person suspected to be in possession of meat from two pangolins, which was served to a group of about 10 Chinese tourists, during our raid,” he added. “The investigation into this case is ongoing and we’ll charge the person in court soon.”

Killing or possessing protected animals is a punishable offense, which can carry a fine of up to RM100,000 and three years in prison, or both. “We’ll get tips from the public about such dinners. But sometimes when we carry out raids, they have already finished eating and dispersed because the information comes to us late,” the director said. “We’d like to advise tour companies, organisers and any tourism players to promote our tourism industry ethically and without breaking the law,” he added. “We know such dining trips are great attractions, especially to foreign visitors, and are profitable but they involve illegal activities. So they must be stopped.”

Back in the day, when only small bands of indigenous people lived in Sabah’s forests, they could afford to diversify their diet by feasting occasionally on rare species. Those times, however, are long gone. Now that the numbers of most “exotic” species from sun bears to pangolins to turtles have greatly diminished, we can no longer afford to treat them as mere ingredients for meals, especially for the benefit of rapacious foreign visitors. Failing that, we’ll drive Sabah’s remaining pangolins, wild boar and soft-shelled turtles extinct in no time.

Lunch or dinner made from the meat of endangered animals isn’t just another meal. It’s a crime against nature. If some foreign visitors don’t know better than not to feast on the meat of dying species, locals in Sabah should know better. They must start treating their state’s wildlife as an invaluable and inseparable part of their cultural, natural and national heritage, which must be treasured and protected accordingly.