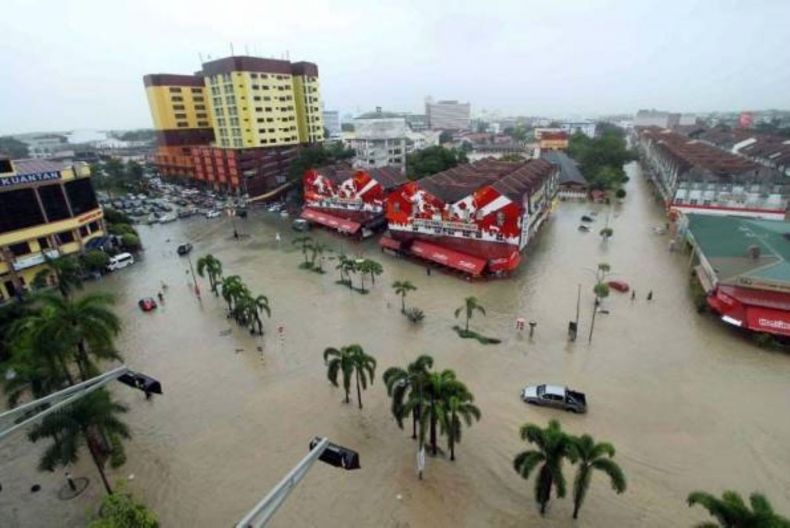 Summer floods in neighboring Thailand have been especially bad this year. The deluge, triggered by heavy seasonal rains, has killed at least 23 people in the country’s north and eastern regions. Flash floods have caused damage in excess of $300 million (RM1.3 billion) and affected rice farming over 1,554 square kilometers. And locals may not have seen the worst of it yet.

This time around Malaysia has remained relatively unscathed by such devastating floods, but that doesn’t mean the country is safe. Three out of five Malaysian sustainability experts (60%) consider the country’s urban planning to be ineffective in the face of extreme weather events triggered by climate change, which is making devastating floods like those affecting Thailand ever more likely in Malaysia as well. Three-quarters of them (74%, to be precise) also believe the government has allocated insufficient funding to mitigate the effects of extreme weather events.

This is according to a regional survey, “Flood Controls in South-east Asia,” which was conducted by the sustainability-oriented social enterprise Eco-Business Research and sponsored by pump solutions company Grundfos. The study surveyed 417 sustainability industry leaders from across Malaysia, Indonesia, Singapore, the Philippines, Thailand and Vietnam.
Malaysian experts were among the region’s most skeptical about their government’s flood preparedness potentials. 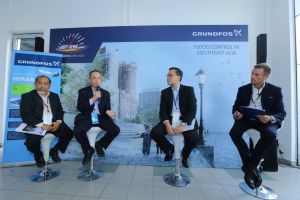 It’s not without reason that they’re concerned. According to estimates by the Organisation for Economic Co-operation and Development (OECD) cities and towns around the country could lose up to US$84 billion (RM360 billion) in combined assets by 2070 as a result of severe weather events brought on by climate change, the study’s authors warn.

“This study also revealed that nearly 70 per cent of respondents across South-east Asia predicted that their home country will continue to face extreme weather events over the next decade, taking a significant toll on local economies and infrastructure,” Eco-Business Research and Grundfos said in a press release. “The majority of respondents believe average temperatures have become higher and monsoon seasons have become more unpredictable.”

They added: “In particular, the main concern seems to be that dry periods are getting longer and rainfall, when it occurs, is getting heavier.” In 2014 and 2015, for instance, historic floods wreaked havoc in Kelantan, causing some 230,000 people to lose their homes and 21 to lose their lives. Such devastating floods are likely to become far more frequent in coming years.

In response, the authors are calling for a regional approach to improve flood-management mechanisms and boost cooperation on prevention and mitigation. Yet 66% of Malaysian survey respondents believe their country is not doing enough to work with its neighbors to produce holistic regional solutions to the worsening effects of climate change.