A Lucky Break for Turtles in Pahang 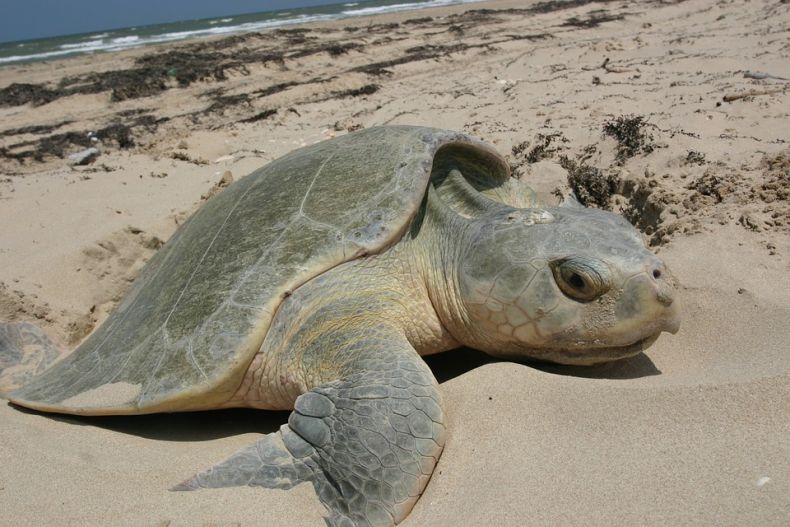 Officers on a marine police boat spotted two pump boats at dawn heading into an estuary of Sungai Batu Putih in Pahang from the direction of the sea. They decided to investigate. When the boatmen tried to flee, they gave chase and tailed the boats into a nearby mangrove swamp. The boatmen disappeared into the swamp on foot.

Left behind in the two boats were 3,300 sea turtle eggs (worth RM6,600), which the marine officers on patrol seized. “Our marine police team checked the abandoned pump boats and found seven sacks of turtle eggs believed to have been smuggled into Sandakan from neighbouring Philippines,” said Mohd Yazib Abdul Aziz, of the State Marine Police. “The turtle eggs and pump boats were taken back to the marine police base and would be referred to the Wildlife Department for further action under the Wildlife Conservation Enactment 1997.” 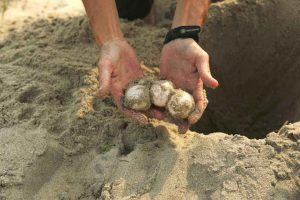 The eggs of turtles are widely seen as delicacies in Malaysia and farther afield. Photo Credit: Public Domain Images

It appears that the men were trying to smuggle turtle eggs into Malaysia, possibly for the local exotic food market. Needless to say, such smuggling operations, both into and out of Malaysia, pose a clear and present danger to the country’s wildlife by boosting demand for illegally obtained wildlife products. And so it goes. Wildlife smugglers keep trying their luck at seaports, at airports and over land.

Luckily, however, it’s not only wildlife traffickers who have their eyes on turtle eggs in Pahang. Dedicated local conservationists are doing their best to assist beleaguered populations of sea turtles by helping them hatch new eggs. The Cherating Turtle Conservation Centre says that in the first six months of the year it managed to hatch almost 5,000 green turtles from the more than 15,428 eggs laid by the conservation center’s 176 nesting turtles.

The center says it expects its turtles to continue laying plenty more eggs, thereby raising hopes local sea turtles populations can remain robust. Last year 53,112 eggs were laid by resident green turtles, while the year before fewer than half as many eggs (24,204, to be precise) were laid. The ongoing success of the local breeding program bodes well for the future of turtles in the state. But we must also stop poachers and smugglers from inflicting further harm on local turtle populations.