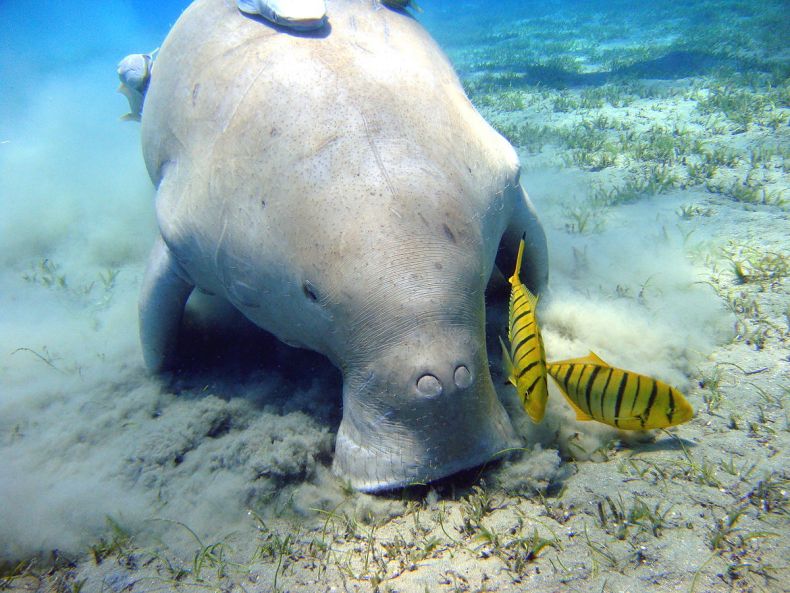 Dugongs are rare and shy creatures so sightings of them in Malaysian waters are relatively rare. Photo Credit: Wikimedia Commons

Dugongs are among Malaysia’s rarest animals. Yet now and again people get a chance to take a gander at them. Unfortunately, however, when that happens it may well mean that the elusive and shy creatures may be in trouble.

And so it has proved with two dugongs that were sighted repeatedly in the shallow waters off the seaside village of Sim-Sim, near Sandakan, in Sabah. Locals reported seeing one of the aquatic mammals surface briefly before it disappeared underwater. The adult dugong came to feed on moss that grows on posts under houses in the sea. The animals were likely grazing on sea grasses, their favorite food items, in the shallow waters by the village where the two dugongs ended up being stranded. 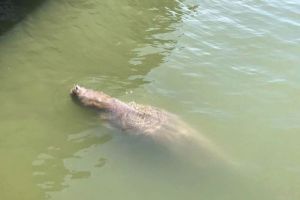 A dugong surfaces near a village in Sandakan. Photo Credit: Sabah Wildlife Department

Yet while such encounters may be delightful for locals, they pose dangers to the mammals, which look like seals and are also known as sea cows. Because of their bad eyesight the placid creatures may swim in front of passing boats and get caught in their propellers. Several dugongs in Malaysian waters are known to have died that way in recent years. Some local communities also hunted the water-dwelling creatures for their meat in the past and so the animals remain at risk of being poached.

Malaysian wildlife authorities have called on locals not to harm, disturb or feed the two stranded dugongs. “While it is common for dugongs to be spotted in Sandakan waters, I was informed that was the first for the species to make an appearance at Sim-Sim,” Dr John Madin, a researcher at Universiti Malaysia Sabah’s Borneo Marine Research Institute, was quoted as saying.

That the sightings of the two animals generated such interest is no accident. Only a few dozen dugongs are left in Malaysia. Local conservationists are working hard to save them from extinction at the few sites where they can still be found, including Mantanani and Mengalum islands on the west coast of Sabah, as well as Banggi island in the north. We must allow the dugongs to remain where they belong: in the sea at a safe distance from human disturbances.