In Praise of Malaysia’s Sun Bears 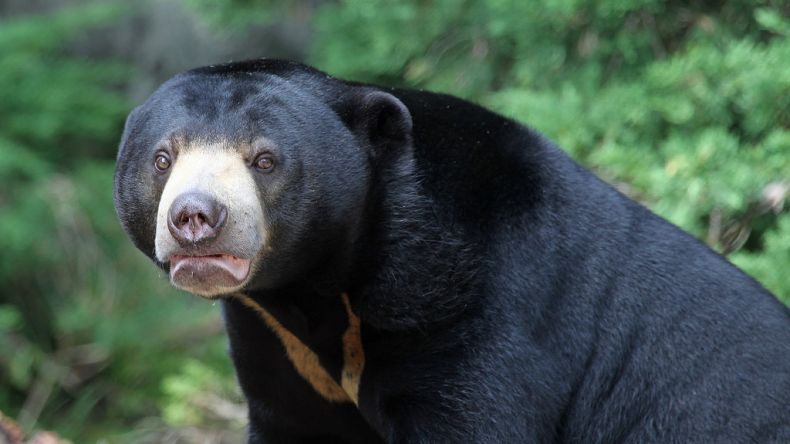 Malayan sun bears (Helarctos malayanus) are among Malaysia’s most endearing creatures. So named for the reddish crescent-shaped marking on their chest, sun bears occupy much of mainland Southeast Asia, including Sumatra and Borneo. Yet we are seeing less and less of these wondrous animals in the wild around the region. Sun bears are listed by the IUCN as vulnerable because the numbers have declined by over a third in just three decades. 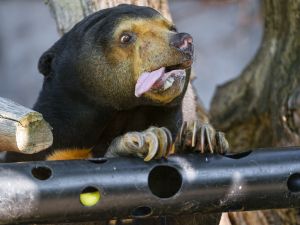 The most important driver of the declines in their numbers has been the reduction of their habitants. In parts of Malaysia and Indonesia deforestation has been continuing almost uncontrollably.

Another threat to the animals comes from their exploitation for body parts, especially their bile. For thousands of years bear bile has been used in traditional Chinese medicine to treat a variety of diseases. While bear bile does have some medicinal properties for treating liver ailments, synthetic and herbal alternatives are available and just as effective.

Bear bile is collected in two ways. At so-called bear farms, bile is extracted regularly from captive bears. This method causes great physical pain and psychological trauma to captive animals, which are often held in horrendous conditions. Another common method involves obtaining gallbladders from dead bears killed in the wild. This method poses a serious threat to wild bear populations in Malaysia and elsewhere. Although there are no known bear farms in Malaysia, wild bears are periodically poached for their gall bladders and paws. The latter are cooked and eaten in “bear paw soup,” a delicacy prized by certain people.

According to a recent survey by TRAFFIC of medicinal shops around Malaysia, bear bile and gall bladder are widely traded across the country. Out of the 365 traditional medicine shops that were surveyed in 2015, 175 were found to be selling bear gall bladders and bear bile products. Some 60% of bear gall bladders for sale were suspected to have been collected from domestic wild bears.

“Every State in Malaysia had bear products for sale, especially Peninsular Malaysia, where bear bile pills were the most common item sold, with the States of Kelantan and Johor topping the list,” TRAFFIC noted.

Such revelations indicate that Malaysia’s wild bear populations are facing an existential threat. Troublingly, many staffers in local traditional medicine shops knew about the penalties (hefty fines and prison sentences) that can be meted out to people who break the laws against trafficking in bear products under the country’s Wildlife Conservation Act 2010. Yet it seems they did not really care.

Only more rigorous law enforcement can ensure that Malaysia’s eponymous bears can carry on living in local forests free from further threats. Without these delightful creatures in the country’s forests, we would all be poorer.

By Darunee Sukanan. The author has a master’s degree in Environmental Sciences and Policy and has been involved in research into the use of bear bile in parts of Southeast Asia