The Alps are Crumbling. The culprit: Climate Change 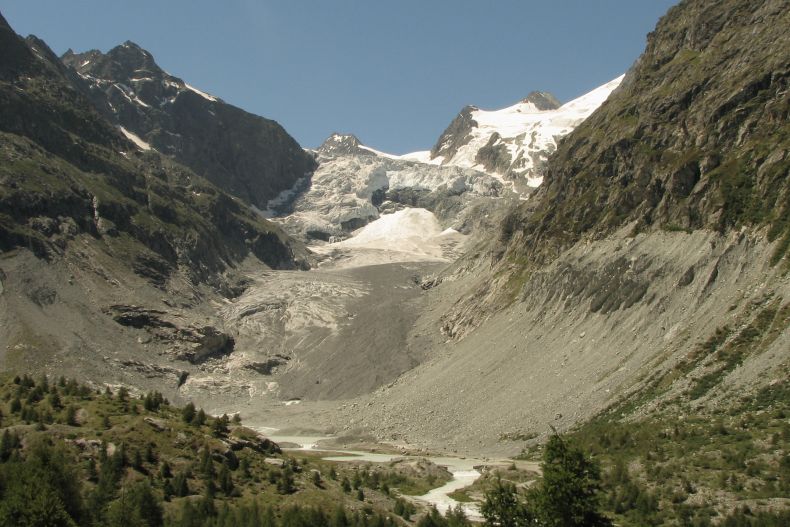 The Mont Mine glacier in the Swiss Alps has suffered visible damage from melting triggered by climate change. Photo Credit: Wikimedia Commons

The Alps are crumbling. The majestic mountains at the geographical heart of Europe are coming apart in places in full view of alarmed locals and concerned environmentalists.

The culprit is the usual suspect. You guessed it: global warming.

Rising temperatures in the Alps have been causing glaciers to melt. This we have known for some time. Yet they are now also causing permafrost (underground sediment that stays permanently frozen in subzero temperatures) to thaw. 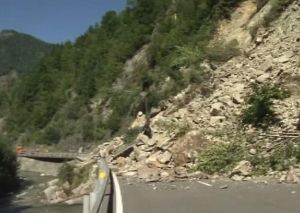 And that, on a mountain, can have dangerous side-effects. Rocks loosened from their previously secure perches have come tumbling down mountainsides,  damaging roads and houses. The risk of deadly avalanches has increased. And so has the risk of flash floods. There is also a risk of freshwater sources being contaminated by bacteria-rich permafrost leaching into them.

“Permafrost is the glue that holds the mountains together above 2,500 metres,” explained Prof. Karl Krainer, a geologist at the University of Innsbruck in Austria. “Obviously with increased global warming, the level at which permafrost is found is also rising. In the summer months when the permafrost is melting, this is when there is a risk of rockfalls and landslides.”

Snowless mountainsides will also deal a blow to the tourism industries of Alpine countries like Austria and Switzerland. “Climate experts say that the ski season in the Alps will be significantly shorter in the future, with 70 per cent of the current snow cover in Switzerland gone by the end of the century,” reports The Daily Mail in Britain.

And there’s more. The thawing of permafrost has led to some gruesome discoveries. Extensive melting in Alpine glaciers in the unusual summer heat has revealed the bodies of people who have been dead and missing for decades. In July an employee of a sky company near the Tsanfleuron glacier in Switzerland chanced upon the bodies of a couple whose earthly remains came to be exposed by melting snow. After DNA tests were conducted on the remains it was discovered that the bodies belonged to a shoemaker and school teacher who went missing together on August 15 in 1942. They have not been seen since. Until now.

Such discoveries will become increasingly in coming years, according to Swiss police, because melting snow will continue to reveal the frozen remains of hundreds of mountaineers who have gone missing in the Alps over the past century. Not even the dead, it seems, are spared from the adverse effects of climate change.