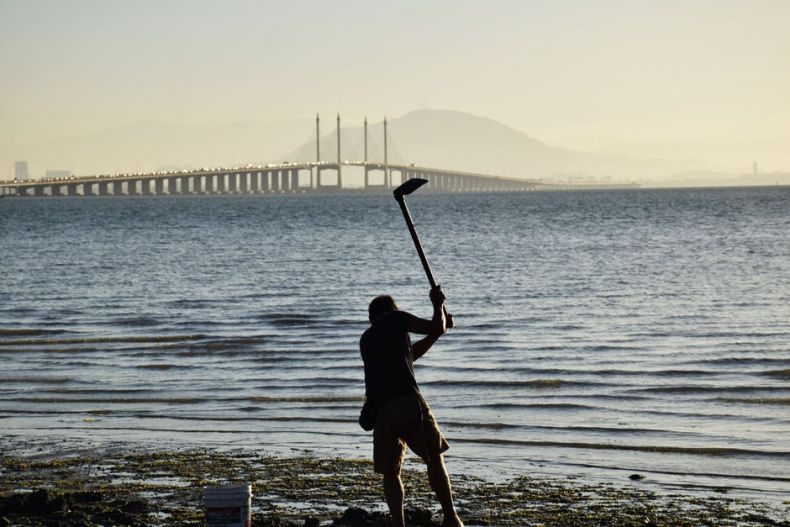 A fisherman is looking for crabs on a beach in Penang. Photo Credit: Jordan Tan via Pexels

Penang has a problem. Being a relatively small yet populous island, it has little land left for development. Yet the island’s government and private developers want to keep on building.

So they are increasingly eyeing as yet undeveloped and underdeveloped patches of seashore and hillside. That, however, poses grave environmental threats, as local environmentalists have long been insisting. Local mangrove forests, already thin on the ground, may suffer irreversible damage. Fragile marine ecosystems could likewise be dealt a blow.

“Loss of coastal habitat due to this proposed reclamation project is a major environmental blow,” stressed Mohamed Idris, president of Sahabat Alam Malaysia (SAM), referring to plans to develop a large swathe of shoreline. Yet the pleas of local environmentalists seem to have been falling on deaf ears. 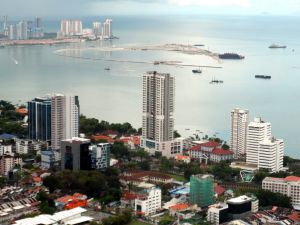 Much of Penang’s shoreline has already been lost to upscale developments. Photo Credit: Wikimedia Commons

The minister of Natural Resources and Environment insists that if Penang’s government remains adamant it wants to develop that swathe of shoreline, the federal government could step in and stop the so-called Penang South Reclamation project, which would take place as part of the large-scale Penang Transport Master Plan. It could do so by refusing to issue the necessary permits.

“The 1,800-hectare project is too massive and can change the shoreline in the area,” he was quoted as saying. “It will not only affect the environment but also the forest such as mangroves, wildlife and marine life, as their breeding habitats will be destroyed.”

Prime Minister Najib Razak, too, has spoken out against the planned reclamation, insisting that it must not harm the interests of local people or the local environment. Some local politicians see such remarks as interference from Putrajaya in the island’s affairs. Some others, however, have welcome them. “[The reclamation] would affect not only the southern part of Penang island, but also Seberang Prai and northern Perak,” Penang Gerakan Padang Kota state constituency coordinator H’ng Khoon Leng said. “As such, it is justifiable that the prime minister would withhold support for the project.”

Importantly, opponents of the reclamation project say, the livelihoods of some 1,500 local fishermen and their families might be jeopardized. Chief Minister Lim Guan Eng has said in response that the reclamation would not affect the fishermen greatly and that if it did they would be compensated.

H’ng will have none of that argument, however. He cited as precedent similar coastal reclamation off the north coast of Paramount beach, Gurney Drive and Tanjung Tokong. “The reclamation [there] caused the near extinction of most fish species there. Even the catfish is gone,” he said. “In the past, a day’s catch could bring in more than 20kg of crabs. After the reclamation began, that dwindled to 1kg or 2kg. It is clear that sea sand had been poured into the rice bowl of these fishermen.” 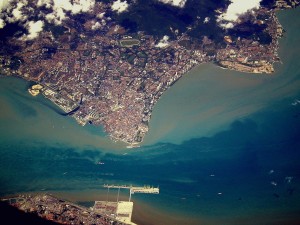 Coastal development and deforestation threatening the Penang wilderness could be kept at bay in areas where ecotourism flourishes. Photo Credit: Wikipedia

Local fishermen themselves are adamant they don’t want to see the new reclamation project go ahead in their area for fear that it would forever destroy or deplete local fish stocks. “Imagine, the waters in the southern part of the state which is the source of their income is suddenly gone. This is unreasonable and should not be considered at all,” said Dr Hilmi Yahaya, Deputy Health Minister in Penang, who has sided with the federal government on the issue. “I urge the Penang DAP government to be more sensitive and not to act indiscriminately by submitting any project without any regards to other parties, especially the people in the state,” he added.

Agreed. We’ve said it often enough here on Clean Malaysia, but let us say it again: development is a necessary part of economic and social progress in Malaysia and as such it should be welcomed. But not when it comes to the expense of the environment.

Penang is a case in point. One of the island’s primary charms is its scenic and biodiverse natural environment, or what’s left of it. Much of that natural environment is under increasing threat from developers both on the coasts and in the island’s hilly interior. Penang’s coasts and hills are natural treasures and they should duly be treated with the care and respect that they deserve.