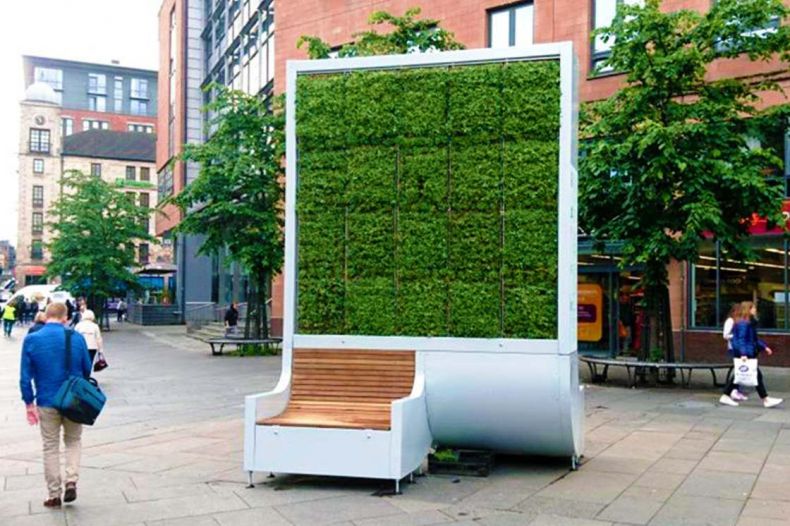 The air in bustling towns and cities tend to be polluted all year round. The countless vehicles on Malaysia’s roads keep spewing harmful particulate matters into the air, creating a lingering miasma of pollutants. Imagine, though, if we could somehow devise a method that could eat up much of that air pollution.

Actually, we don’t have to imagine that. Such methods already exist. One of them consists of a so-called CityTree, which has just been installed in several European cities from Germany to France to Norway.

Designed by the German company GreenCity Solutions, the installation takes advantage of the ability of certain mosses to filter pollutants out of the air by binding fine particulate matter and incorporating these minute particles into their biomass. The company has harnessed that natural ability of mosses by hooking them up to a fully automated supply of water stored in an on-site tank complete with a steady supply of nutrients. Cutting-edge Internet of Things technology (IoT) helps ensure the system runs smoothly and monitor the level of pollution at a site. 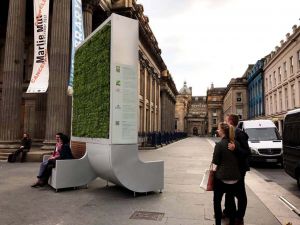 Better yet: not only is the moss-based installation highly efficient at absorbing microscopic pollutants but it requires relatively little space. “CityTree combines specific plants that eat particulate matter (PM), nitrogen dioxide and ozone-offsetting 240 tonnes of CO2 equivalents per year in total,” the company’s founder and CEO Victor Splittgerber explains.

“The plant filter has the same effect as up to 275 urban trees, but requires 99 percent less space,” he adds. “The construction contains sensors collecting environmental and climatic data, to regulate and control the unit and ensure that the plants survive. By using technologies like WiFi, NFC and digital screens, CityTrees can also transmit digital and visual information.”

On the downside, a CityTree costs quite a lot: the equivalent of RM125,000. On the upside, it runs on solar energy and requires only sporadic maintenance. As an added bonus, the installation, thanks to its modern design, can help enhance streetscapes. “Our CityTrees are an additional element to the existing landscape,” Splittgerber says. “For example it can be placed at locations where no tree can be planted or grown. In addition, the CityTree cleans the air at the pedestrian level not at four to five metres up.”

He adds: “Even though traditional air-purifying filters are used indoors (where the amount of air to be cleaned is limited), they still require constant connection to a power supply and a frequent change of pads, which then need to be disposed of. Thanks to self-regenerating moss cultures, CityTree cleans vast amounts of outdoor air with no need of changing pads.”

Such creative technological solutions harnessing the cleansing capacities of plants will be vital for cleaning up the air of our badly polluted cities. Needless to say, we’ll also have to stop polluting our air.