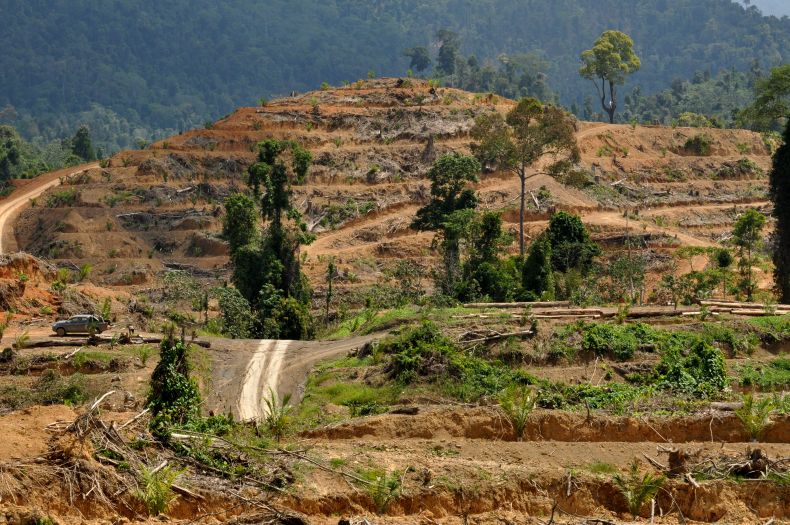 If palm oil companies are known for something, it’s deforestation, not reforestation. Yet the Malaysian palm oil company Felda Global Ventures (FGV) is about to rehabilitate 1,000 hectares of peat forest in West Kalimantan, in Indonesia’s section of Borneo. The reason: pressure from consumers and environmentalists.

“Corporate ‘no deforestation’ policies are finally starting to bite,” a campaigner for Greenpeace Southeast Asia said. “This is the first time a palm oil company has been forced by its customers to restore the forest it cleared. It sends a serious warning that other destructive palm oil companies should heed: deforestation has consequences.”

Great news, this. Green groups and environmentalists have been campaigning long and hard to hold palm oil companies to their self-declared pledge to transition to sustainable models of cultivation. Such efforts, however, have tended to bear little success as international agro-business conglomerates have continued to engage in massive deforestation across much of Malaysia and Indonesia and have routinely done so with impunity.

These companies’ activities have inflicted grave harm on the natural environment by reducing habitats and fragmenting forests ever further. As a result, iconic species like orangutans have been increasingly deprived of suitable habitats in forests where they once used to thrive. According to Indonesia’s Ministry of Environment and Forestry the numbers of orangutans in Indonesia’s part of Borneo have dropped significantly in just over a decade. In 2004, between 45 and 76 orangutans lived in every 100 square kilometer of forest in Kalimantan. Today, there are only 13 to 47 individuals living in that same space.

Meanwhile, many of the forests that the great apes still have left in Borneo have been thinned considerably, forcing the animals to continue retreating to areas of forest with denser foliage. According to by the Indonesian government, of the 57,350 Bornean orangutans in the wild of Kalimantan, a fifth now live outside protected areas whereby they are exposed to greater risks of being poached or harmed.

Palm oil cultivation is an important part of both Malaysia’s and Indonesia’s economy, yet it has come at a terrible cost to the biodiversity of these two nations’ forests. Here’s hoping that FGV will indeed follow through on its promise to rehabilitate a large area of peatland in West Kalimantan and that other agro-businesses will follow suit.