You can, and should, be a Trash Hero 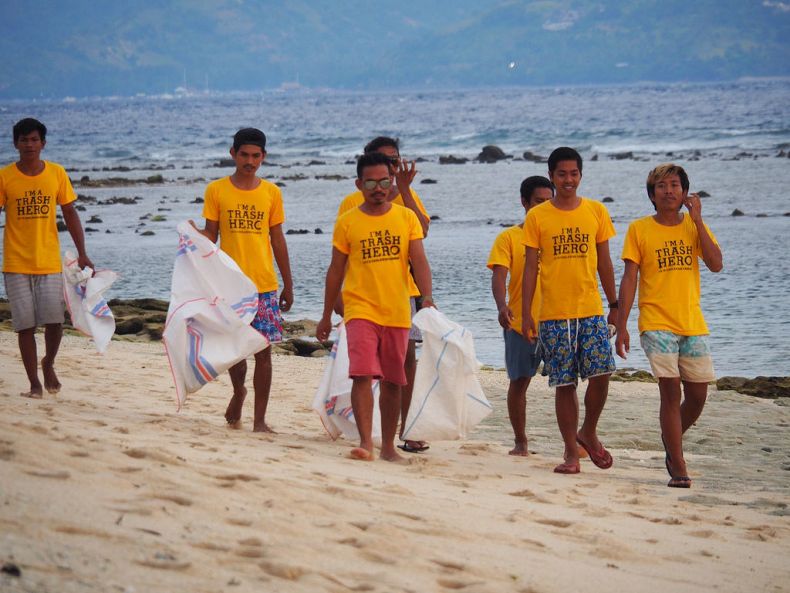 A group of Trash Heroes is cleaning up a beach in Lombok, Indonesia. Photo Credit: Trash Hero

Ah, to be a hero. Don’t we all want to be one? But how? By donning a spandex costume with a cape to fly around skyscrapers while battling villains? That is sheer comic book fantasy. So should it be by scaling an impossibly tall mountain someplace? That’s not everyone’s cup of tea.

So how about simply cleaning up trash on a beach?

Yes, you can be a hero by doing just that.

Trash Hero is a global movement that seeks to enlist environmentally conscious people around the planet for sustainable and environmentally responsible ways of living and doing. “Anyone can be a Trash Hero, it’s easy!” the movement explains. 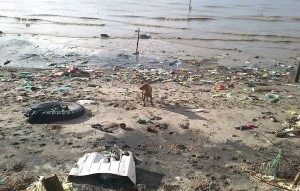 A beach in Tawau town in Sabah is littered with flotsam and uncollected trash. Photo Credit: Wikimedia Commons

And how exactly can we be Trash Heroes? Simple. “A Trash Hero wastes as little as possible, reuses as much as possible, and works to preserve and improve the spaces they are in, wherever they may be,” says the initiative, which fosters community-based environmental awareness and action. “The Trash Hero mission is to create sustainable, community-based projects that remove existing waste, and reduce future waste by inspiring long-term behaviour change.”

The movement’s message of do-it-yourself environmentalism and community activism is catching on, and so it must be in this day and age of rampant pollution, waste and environmental degradation. Launched in 2013 by a few likeminded environmental activists in Europe, Trash Hero now boasts 42 chapters worldwide. The movement has thousands of card-carrying members in Thailand, while more and more people are signing up in Myanmar, Indonesia and Malaysia too.

“Until November 2016, over 21,000 volunteers worldwide [had] participated in over 1,000 events, removing over 200 tons of garbage from beaches and cities,” Trash Hero World explains on its website. “Event participants are sensitized to the global waste problem and are encouraged to return home and take a closer look at what they can do in their day-to-day lives.”

Many of those dedicated beach cleaners are in Borneo, where dozens of locals are now bona fide Trash Heroes in the making within their own communities. In Sabah, the local chapter of the Trash Hero movement, called Trash Hero Borneo, has been engaged in numerous beach clean-up initiatives at Tanjung Lipat, Tanjung Aru and other coastal communities. 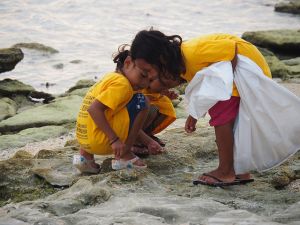 “Our city beach is full of trash and on average we collect around 200kg of rubbish per week,” says Monica Chin, the co-founder of Trash Hero Borneo, according to a news report. “If our beach is full of trash, [the rubbish] lying and stuck on the seabed could be double or triple (that amount) and that will have a very bad effect to marine life especially the coral reef.”

Trash Hero Borneo started out the same way many worthy environmentalist initiatives routinely do: with a few dedicated souls whose zeal to make a change then inspires others to join or follow suit. “The Borneo chapter’s first few initiatives started with just six to 10 people. We started our first event in March this year and today is our 20th programme,” Chin told the New Straits Times. “I am very pleased with the positive support shown by local communities and the sponsors. It has helped our organisation grow.”

That said, Malaysia’s current and would-be Trash Heroes have their work cut out for them. What with the massive amounts of trash littering the country’s beaches and other formerly pristine natural landscapes, the country will need plenty more dedicated homegrown activists to make a real difference. They can assist in cleaning up garbage and in spreading a message of DIY environmentalism within their communities.

It’s all up to us to make a difference. “We could take pictures of the rubbish, show them to people and say ‘someone should clean this up! This is someone’s job!'” explains Roman Peter, a Swiss founder of the movement.