Illegal Loggers must be ‘Deterred’ 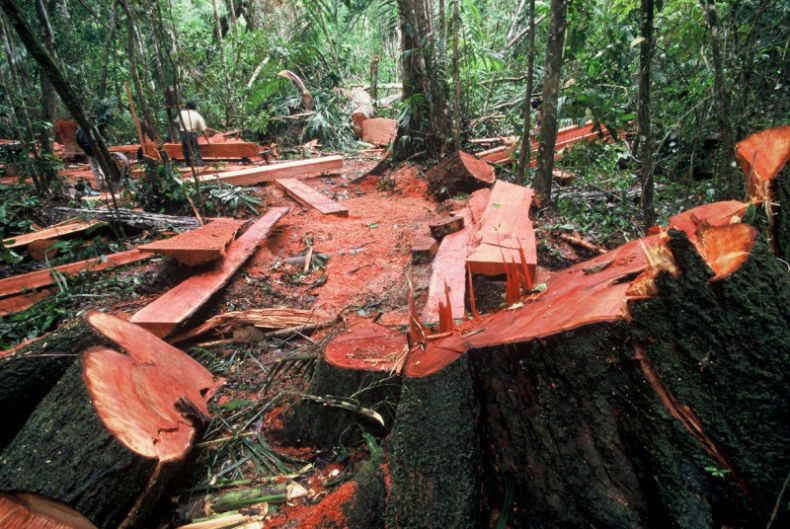 Despite the efforts of the authorities to clamp down on the practice, illegal logging is going on unabated in Malaysia’s forests. Few loggers end up facing serious consequences for breaking the law. For one thing, few of them are even caught. For another, even those that are caught may escape being held to account.

To make matters worse, logging and poaching often go hand in hand, thereby serving as a clear and present danger to protected flora and fauna. Things must clearly change. We need enhanced protection and more deterrence.

“The custodian laws on illegal loggers who may also be involved in poaching of flora and fauna need to be reviewed to include more deterrent measures,” stressed Natural Resources and Environment Minister Wan Junaidi Tuanku Jaafar. “Three agencies, namely the Forestry Department, National Parks and Wildlife Department and Department of Environment, will need to sit together to plug weaknesses in the present laws,” he elucidated. “This is to prevent culprits from running away from the law by crossing over to neighbouring countries.”

It is hardly in doubt that illegal loggers and poachers often act with impunity and utter contempt for the law. Malaysian authorities have been trying various measures to step up enforcement efforts: these efforts range from flying drones over forests to keep an eye from the sky on illegal logging to arming forest wardens and wildlife officials. The trouble is that the country’s forests, or what’s left of them, occupy vast areas and enforcement officials are routinely undermanned, which makes them little able to protect them well enough. Corruption among some local officials, whereby they turn blind eyes to illegal logging in their areas, does not help, either.

Not surprisingly, environmentalists have long been calling on government officials to clean up their act and become serious about protecting the country’s forests from any further harm from loggers and poachers. “Our biggest problem in relation to our forests is illegal logging,” the environment minister acknowledged. “We cannot deny that it happens and it must be noted that it happens everywhere in the world.”

But it isn’t just illegal logging that is taking a toll on the country’s forests. Legal, or semi-legal, logging is doing that too. It has just come to light, for instance, that a stadium being constructed for the Olympic Games in Tokyo in 2020 may have used plenty of high-quality timber taken from forests in Sarawak. Wan Junaidi, a Sarawak native himself, denies the charge that the timber was obtained illegally from the Bornean state and insists that the authorities are committed to preserving the state’s diminishing forests. Such attestations from officials often sound hollow. What we need is more decisive action, not words.