Snow Leopards are on the Rebound 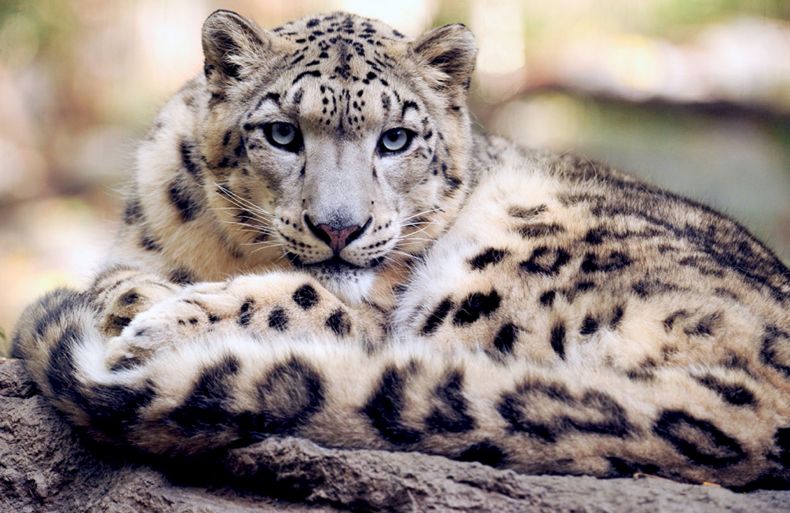 Snow leopards are elusive creatures facing a host of challenges. They continue to be poached regularly and they also have fewer prey animals. It doesn’t help either that many of them live in armed conflict-prone areas in countries like Afghanistan where they are at increased risk of being killed.

Yet for all that, these majestic big cats that inhabit the mountains of the Himalayas are no longer endangered. Or at least they are no longer as endangered as they were thought to have been until recently. Scientists have duly downgraded the conservation status of snow leopards (Panthera uncia) from “endangered” to “vulnerable.” 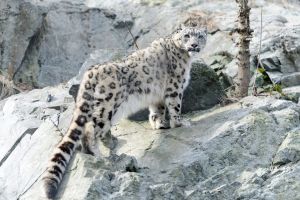 Snow leopards prefer to live on rocky mountainsides where they can blend into their environs. Photo Credit: Flickr

Snow leopards prefer to prowl for prey at steep mountainsides at high alpine altitudes with rocky outcrops and harsh climates where they can blend perfectly into the rugged terrain. They are resilient creatures but have been losing out to environmental depredations from human activities. They were listed as endangered in 1972, but experts believe that today anywhere between 4,000 and 10,000 snow leopards could still roam their alpine habitat, which encompasses some 1.8 million square kilometers in 12 countries from Kazakhstan to Bhutan.

That’s a relatively robust population, yet scientists warn that this does not mean that the iconic predators are now safe from the threat of extinction in the wild. “To be considered ‘endangered,’ there must be fewer than 2,500 mature snow leopards and they must be experiencing a high rate of decline,”  observed Tom McCarthy, head of the snow leopard program at the nonprofit Panthera, which is devoted to the conservation of big cats worldwide.

“Both are now considered extremely unlikely, which is the good news, but it does not mean that snow leopards are ‘safe’ or that now is a time to celebrate,” he cautioned. “The species still faces ‘a high risk of extinction in the wild’, and is likely still declining – just not at the rate previously thought.”

Yet for such caveats, it is heartening to know that the stately predators appear to be doing relatively well. Such successes in preserving endangered big cats can give us hope that Malaysia, too, can bring its iconic Malayan tigers back from the brink of extinction.