Can a Freshwater fish Save Malaysia’s Sharks? 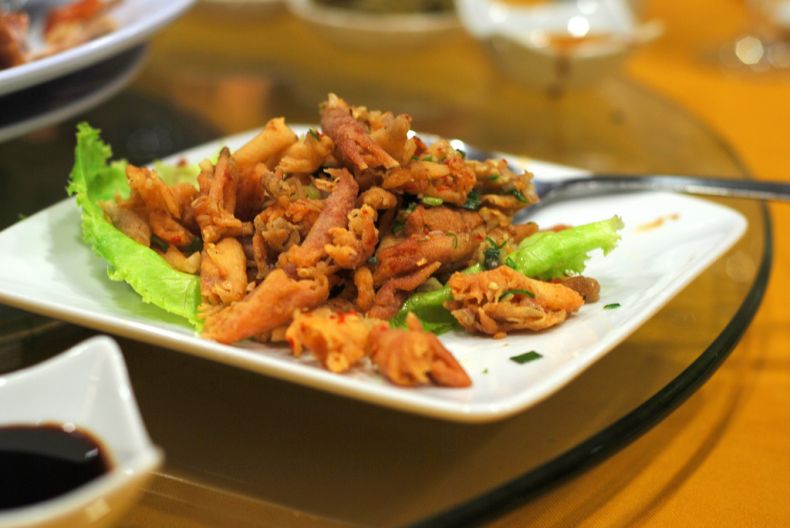 Fried empurau scales are prized as delicacies by some diners in Borneo. Photo Credit: TummyRumble via Flickr

Some habits (and customs) die hard. These include a penchant for shark fin soup as a prized dish at weddings and banquets in Malaysian Borneo. But what if, instead of trying to wean die-hard shark-fin lovers off this pricey delicacy, we offered them an alternative that tasted just as nice and was just as expensive yet posed no threat to the survival of a fish species?

Enter the empurau fish. The Sabah Shark Protection Society has proposed offering diners a soup made with this freshwater fish as a potential stand-in for shark fin soup at events where guests expect to feast in style. Make no mistake: these diners will have to fork out minor fortunes for the benefit of partaking of the fish: a single kilogram of empurau costs RM2,000, or more. 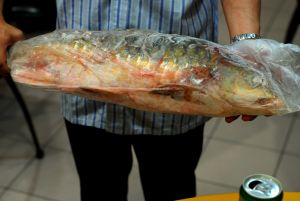 A sizeable empurau fish like this costs lots of money and so can serve as a status dish. Photo Credit: TummyRumble via Flickr

The carp-like fish is indigenous to Borneo, especially Sarawak, where it has long been prized as a delicacy. The fish feasts on wild fruit that falls into rivers, which reportedly gives the empurau’s meat a sweet and delicate flavor. The hope is that diners will be willing to exchange one expensive dish (shark fin soup) for another (empurau soup), which could help save the country’s beleaguered sharks.

“We are stepping up our event this year due to the support from Royal Empurau as we now have a new sustainable resource which is more prestigious and more expensive than shark fins, along with the inclusion of bird’s nests,” Aderick Chong, the association’s chairman explained. “That is why this event actually creates a platform for the fish or rather alternative to come out of the shadow and into the limelight. We want to tell the people that shark fin soup is old fashioned now.”

The event to which he was referring will take place on November 11 at a shopping mall in Sabah, where 16 professional chefs will show off a variety of dishes made with “Malaysia’s most expensive fish,” as the empurau has been dubbed.

“We understand the sensitivity of the people, especially the older generations who believe that not serving [shark fin] soup during weddings is a ‘slap in the face,'” noted Masidi Manjun, minister of Tourism, Culture and Environment in Sabah. “But there is supposed to be more variety of choices, something that even a certain sector of the older generations would feel their credibility is not in any way affected by not serving it.”

Good idea? Yes. Many people feel inclined to flaunt their wealth and status by spending lavishly on pricey dishes on certain occasions. It’s not so much an exquisite taste they are usually after, but a memorable dining experience. Shark fins have long served as ingredients for just such a prized “status dish,” a fact that has caused several shark species to become endangered. If diners can be coaxed into trading shark fin soup for other status dishes, that could help save plenty of sharks.

There’s one caveat, though: we must also ensure not to drive these rare freshwater fish into extinction in the process, either.