Keep up the Fight on Wildlife Smugglers 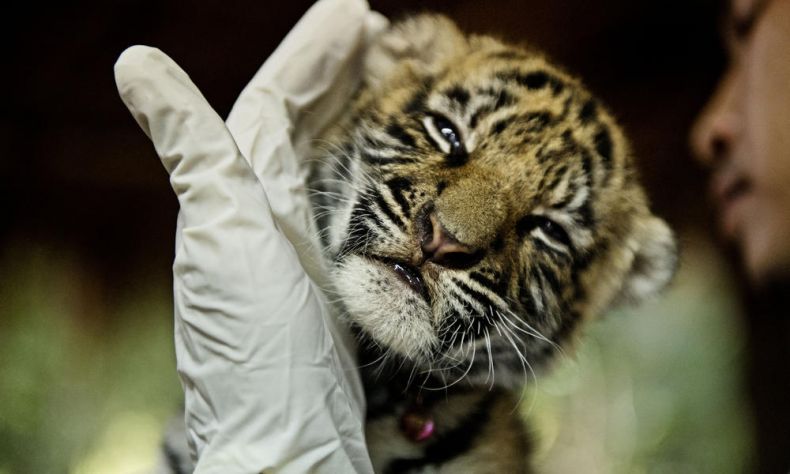 Illicit wildlife products have been pouring into and out of Malaysia: elephant tusks, pangolin scales, deer antlers, tiger claws, sun bear teeth and claws. We know because in the past few weeks alone Malaysian authorities have managed to seize tons of such items at ports and airports from Sabah to Kuala Kumpur. Literally tons.

On August 26, for instance, Perhilitan officers stopped a 30-year-old Vietnamese man in a vehicle at Sungai Siput in Perak, only to find him carrying more than 200 wildlife parts that had been obtained illegally and come from several totally protected species. The officials discovered 188 sun bear claws, 21 bear teeth, 17 tiger claws, 8 tiger teeth, and a sambar deer horn in the car. The foreign smuggler, who was likely working for a wildlife smuggling ring, is facing a fine of up to RM100,000 and a prison term of up to five years if convicted under various sections of the Wildlife Conservation Act.

Round about the same time, customs officials in Sabah opened up containers labeled to contain ground nuts, only to find a vast haul of 1,148 elephant tusks and 5,000kg pangolin scales, which had been shipped into the country from Nigeria in Africa. The discovery followed several other such seizures of illicit hoards of elephant tusks and pangolin scales in recent months.

“Malaysia has been said to be a transit point (for smuggling), but these items are from Africa and had passed through two ports in neighbouring countries (before reaching here),” a senior customs official in Sabah was quoted as saying. “It baffles me why authorities in (those countries) did not take action,” he noted. “As for Malaysia, we will not compromise on any attempt to smuggle prohibited items.”

And a good thing, too, that the authorities have been demonstrably vigilant. The question, however, is how much of these syndicates’ smuggling activity remains undetected and thus undocumented. The answer is “probably a lot.”

These latest three cases, however shocking, are hardly unusual. Over the past months and years tons and tons of wildlife parts and live animals have been seized around the country. Many of those parts have come from as far away as Africa with Malaysia serving as a regional hub for international wildlife syndicates. In fact, not a month goes by without news of yet more animal parts being seized somewhere in the country.

Traffickers know no borders. Take Kuala Perlis. The small seaside town near the Thai border has become a major trafficking hub whence illegally poached animals from Borneo and Indonesia make their way up north to China, via Thailand. “The syndicates choose the Padang Besar route because it is the closest route from Indonesia to Thailand,” a senior Thai customs official notes, referring to a Malaysian border town. “They (the wildlife traffickers) travel by boat from Indonesia to the Kuala Perlis port in Malaysia and then to Thailand. (Kuala Perlis) is about 40km from the Padang Besar border.”

Encouragingly, however, Malaysian authorities have been spectacularly successful recently in rolling back some, or even much, of the illegal trade around the country. “TRAFFIC is very encouraged by this heightened enforcement in the country. Both the Royal Malaysian Customs and Perhilitan have done a stellar job of following up on intelligence and maintaining vigilance,” says Kanitha Krishnasamy, acting regional director for TRAFFIC in Southeast Asia. 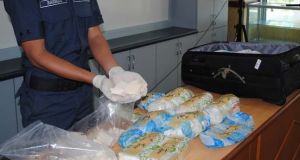 A Malaysian Customs officer displays the ivory contents of one of the two suitcases seized from a Vietnamese trafficker at Kuala Lumpur International Airport. Photo Credit: TRAFFIC

“The landmark investigation on ivory and pangolin smuggling using the anti-money laundering law in the country is also highly commendable,” she explains. “Moving some eight tonnes of totally protected species banned from trade under the Convention on International Trade in Endangered Species of Wild Fauna and Flora (CITES) is a clear indication of transnational organized criminality; TRAFFIC believes utilization of this legislation will aid in the effort to hit criminals where it hurts the most.”

WWF-Malaysia has seconded those sentiments. “WWF-Malaysia congratulates the Natural Resources and Environment Ministry (NRE) and Perhilitan on the recent arrests of suspects involved in the illegal wildlife trade in Peninsular Malaysia,” the conservationist group writes.

Yet we can’t just be sitting on our newly won laurels. Malaysia needs to keep up its efforts to protect endangered species and clamp hard down on poachers and traffickers. WWF-Malaysia notes that there is plenty more work to do in seeking to roll back international smuggling operations. “While these arrests send a strong message to poachers, the ones who are usually caught are not the real masterminds behind the operations,” the nonprofit cautions. “This reiterates the seriousness of international organised wildlife crime, one that Malaysia isn’t spared from either.”

The illegal wildlife trade, it observes, “is operated in the same way as illegal drugs and weapons by international networks across the globe. Poaching and wildlife trafficking are the most critical and urgent threats to the survival of many iconic species in Malaysia including the critically endangered Malayan tiger.”

Adds Kanitha: “We urge authorities to bring the full force of the law down on the parties behind the plunder of wildlife in the country and those allowing Malaysia to be abused as a transit hub for the international illegal wildlife trade.”

We at Clean Malaysia can only agree. It’s time to stop wildlife smuggling into and out of Malaysia once and for all.