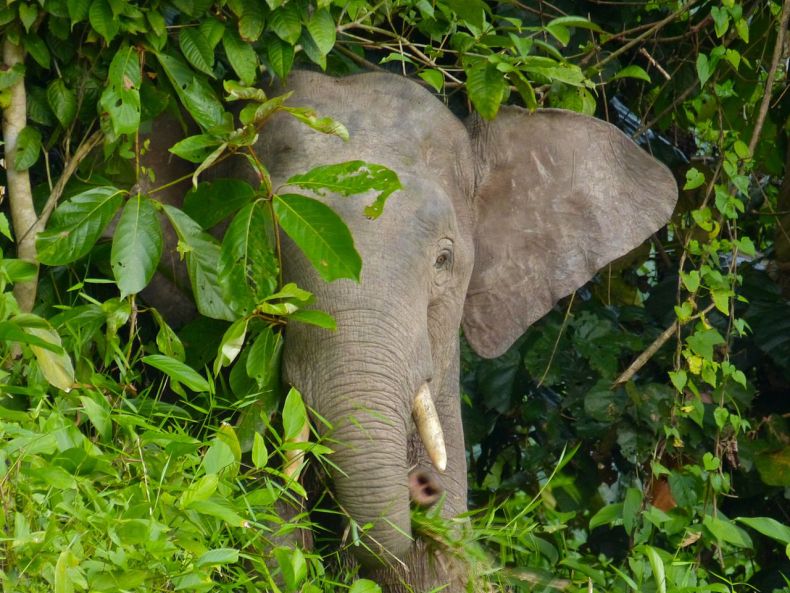 Another two pygmy elephants are dead in Sabah, both of them having killed by people. The remains of the two jumbos were found only a few days apart in Tawau and Sandakan by wildlife officials. At least one of the pachyderms may well have been killed by poachers for its ivory. The mutilated carcass of the animal that was discovered floating in the Kinabatangan river with his tusks having been sawn off.

Needless to say, this is an alarming development. Officials are investigating, but what we already do know (and these two new cases confirm) is that Sabah’s beleaguered pygmy elephants are under increased threats poachers and plantation workers alike. Earlier this year a pygmy elephant that made headlines across the world for its crooked tusks was found dead in Tawau, having been killed for its tusks. Round about the same time another bull elephant was too found murdered in Sabah, also for his tusks. 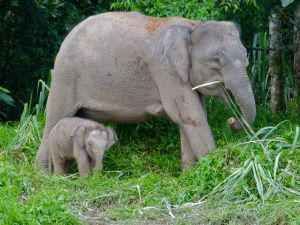 Baby elephants in Sabah are at risk of being orphaned because their mother may fall victim to crimes committed by farmers and plantation workers. Photo Credit: Wikimedia Commons

Then this past August a female pygmy elephant was found dead on a plantation just outside a forest reserve in the Kinabatangan area. The dead pachyderm was riddled with wounds from shotgun pellets and may have been shot because she feasted on crops at a local plantation.

And so the death toll among these unique creatures beloved by animal lovers everywhere continues to rise. As the jumbos are losing their habitats at alarming rates, they are at risk of coming into contact with people who may do them harm. With only as few as 1,500 pygmy elephants left in the wild the species is facing a dangerous genetic bottleneck as a result of the risk of inbreeding among surviving herds. In recent years numerous baby elephants have been found wandering around aimlessly without their mothers anywhere around.

The deaths of these two bull elephants have now also raised the specter once again that poachers are deliberately targeting Sabah’s elephants for their tusks, which is very bad news. Officials must step up enforcement and protection measures so as to save the state’s wild elephants from any further harm. Poachers and traffickers must be hunted down and punished with the full severity of the law. Meanwhile, we also have to ensure that Sabah’s last few hundred pygmy elephants will have plenty roaming ground left so they can live peacefully and unmolested by humans.