We must Save our wild Elephants 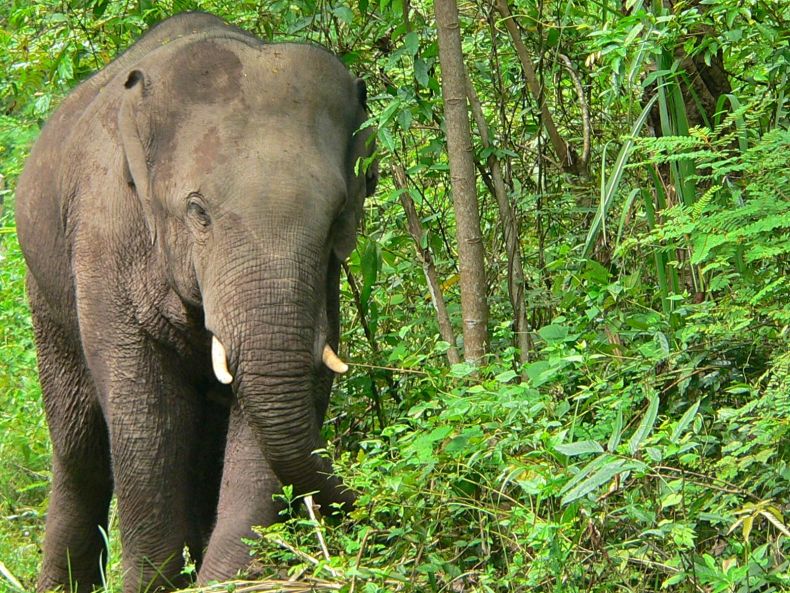 Wild elephants are often seen as pests by farmers. We need a change in attitudes. Photo Credit: Wikimedia Commons

People cut down forests and plant crops in areas where thick woods once grew. Wild elephants, feeling increasingly hemmed in by human settlements, often have no choice but to venture into populated areas. Once there, however, they risk coming into conflict with local farmers who may not look kindly on the pachyderms raiding their vegetable plots or palm plantations. In the end, the elephants may be chased away or, worse, poisoned or shot.

One solution involves trying to keep the animals away from plantations and vegetable plots, such as by erecting electric fences or placing beehives near them as deterrents. Another solution involves physically transporting herds from danger areas to protected forests, but methods for doing so can be expensive and laborious. The best solution, of course, involves not cutting down any more forests so that elephants will be able to roam free within their natural habitats without undue disturbance. This would require extensive collaboration from locals. 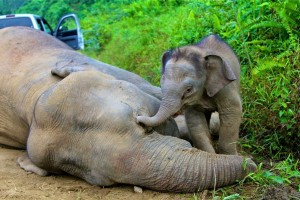 “The solution to man-elephant conflicts lies in rectifying and undoing the wrongs of the past decades,” Mohamed Idris, president of Sahabat Alam Malaysia, argues. “Those responsible for taking away the habitats of elephants have to admit their mistakes, accept their faults and make sincere efforts to rectify the situation with stepped-up commitment towards ensuring long-term sustainable management of remaining forests,” the conservationist adds.

“Measures that can be taken include consolidating existing good habitats and managing the populations of elephants that fall outside the demarcated good habitats,” he elucidates. “One approach is to demarcate good habitats as ‘elephant reserves’ while another is to secure elephant corridors between these good habitats.”

Elephants’ dietary preferences also expose them to harm. The jumbos have a sweet tooth for bamboos, palms, corn and other treats that tend to grow on agricultural land and near human settlements. Because the animals can consume vast amounts of crops within a few hours and can cause plenty of collateral damage in the process by trampling around, farmers and plantation owners often feel aggrieved, and not entirely without cause.

Something does need to be done, and urgently. More and more elephants are being poisoned by angry farmers, run down by vehicles on highways or poached by ivory hunters. Just the other day two endangered pygmy elephants were killed for their tusks in Sabah, raising the fear that poachers are not targeting the state’s beloved pachyderms. Meanwhile, in a shocking incident a few years ago an entire herd of 14 pygmy elephants were poisoned at the Gunung Rara Forest Reserve. Since then several other wild elephants, both in Borneo and Peninsular Malaysia, have been killed for raiding plantations.

What is needed is a change in attitudes towards wild elephants and other endangered species. Malaysians must stop seeing them as pests or sources of income and must begin to afford them their rightful place in our nation’s life at last. Doing so means ensuring that their already diminished habitats will be diminished no further. “The villagers in the east coast of Malaysia used to call the elephants as ‘nenek’ (granny) as a gesture of respect for the species,” Augustine Tuuga, director of the Sabah Wildlife Department, notes. Yet many of them do not see the animals that way. “When forests were slowly converted into plantations, authorities began to receive reports of damages caused by elephants,” the director adds.

We need to recapture that old spirit of respect for elephants. That is the only way we can save these majestic creatures from any further harm.