Malaysia and Singapore ‘will step up’ Cooperation on the Environment 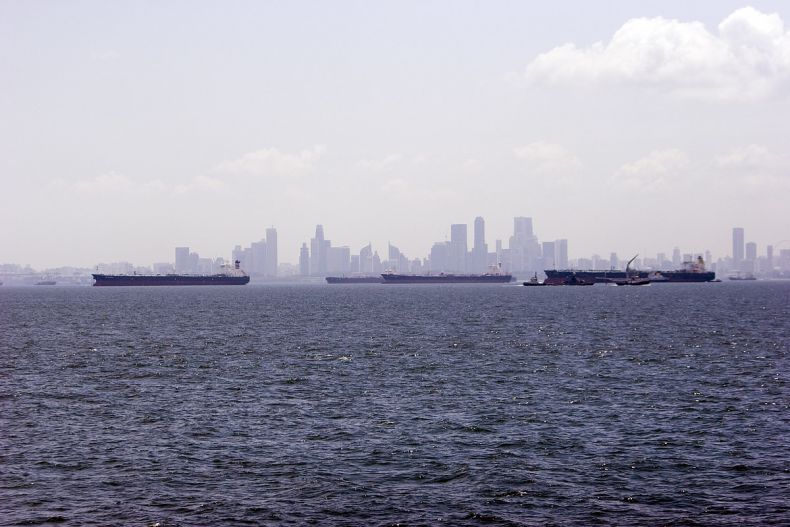 The narrow stretch of sea that separates Singapore from mainland Malaysia can hardly serve as a barrier to environmentally hazardous activity on either side of the watery border between the two nations. Photo Credit: Wikimedia Commons

Environmental issues know no borders. Harm done to natural environments in one area, region, state or country invariably has a way of having its effects felt much farther afield. Polluted air and polluted water can cross manmade boundaries with ease. That’s why effective environmental action requires international cooperation.

It is just such cooperation that Malaysia and Singapore are considering boosting, which is good news. Malaysia’s Natural Resources and Environment Minister Wan Junaidi Tuanku Jaafar recently met his Singaporean counterpart Masagos Zulkifli, the island state’s minister for the Environment and Water Resources, to discuss ways to better control sources of pollution that affect the two countries. Reportedly, the two nations “agreed to continue exchanging information on the monitoring of ecology and morphology in and around the Johor Strait, for the purpose of conserving marine biodiversity.”

Among other join measures, Malaysia and Singapore will carry on conducting joint drills to boost emergency responses to oil spillages in the Strait of Johor and increasing cooperation on the transboundary movement of hazardous chemicals such as e-waste. In addition, the two ministers said the neighbors would continue to work on ways to address environmental issues arising from land reclamation in the strait, monitor water quality in the area and work on reducing air pollution from the emissions of vehicles on the roads of the two nations.

It’s not as if we needed any further reminder that such cooperation is vital, but just around the time the two ministers met came news that a strong chemical smell from Malaysia wafted across the Strait of Johor to Singapore. Malaysian officials traced the source of the smell to an industrial facility in Pasir Gudang, a nearby town packed with heavy-industrial plants including petrochemical companies from where at times malodorous fumes emanate towards Singapore.

And there you have it: some environmentally hazardous activity in one nation raised the specter of impacting the health of the environment in the other in almost an instant.