The Slaughter of Sea Turtles in Sabah is a Heinous Crime 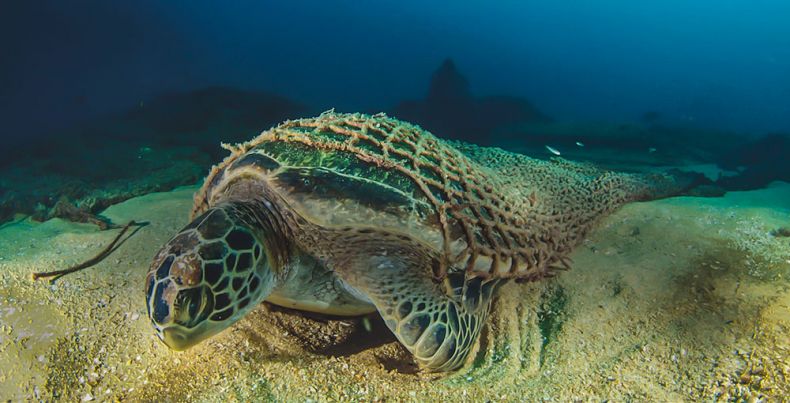 A sea turtle caught in a net languishes on the sea floor. Photo Credit: Flickr

News travels fast and the butchery of some 100 endangered sea turtles on an island off Semporna in Sabah has made news worldwide in conservationists circles since the carcasses of the reptiles were discovered a week or so ago. Such is the fate of Malaysia these days: often the country, renowned for its wondrous biodiversity, makes headlines for all the wrong reasons.

These reasons include the rampant murder of wildlife. In January this year Malaysia was in the news when a wild Bornean pygmy elephant that had been dubbed Sabre for its crooked tusks and had been feted globally was found dead sans its tusks. Poachers had hunted down the pachyderm and killed him.

The recent slaughter of the sea turtles in Sabah is an infamy of a similar magnitude. Not surprisingly, it has outraged conservationists and animal lovers alike around the planet, as well as within Malaysia. Officials are still investigating, and to date have arrested three Bajau Laut men and women in connection with the wildlife crime. It is believed the reptiles, whose mutilated remains were found scattered on a beach, may have been slaughtered for their meat and other body parts. 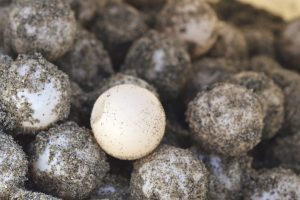 The eggs of sea turtles are considered prized delicacies in Malaysia and farther afield, which threatens the continued existence of turtles in the wild. Photo Credit: Julianna Brown via Flickr

“There could be [an] illegal supply of exotic meats and we are trying to look into the allegations,” said Masidi Manjun, minister of  Tourism, Culture and Environment in Sabah. “There are even allegations that say with the influx of tourists, there has also been an increase in the number of turtles and wildlife killed,” he added. “So there is a theory that it may have been for the purpose of providing exotic food for some tourists but that is one area that we are still investigating. At this point of time, it is just a theory.”

What isn’t a theory is that the local exotic meat market, fuelled by Chinese tourists, is thriving. Reportedly, several tour operators are running clandestine operations whereby they help foreign visitors partake of the meat of endangered species like pangolins and turtles for a price.

The eggs of turtles are prized as a delicacy by some diners, including local Malaysians. Not long ago a federal government minister was photographed at an official dinner where the eggs of protected turtles were served as a dish.

The people who have killed the 100 turtles in Sabah, or have assisted in the sale of their parts, must be brought to justice and publicly shamed. That is the only way we can ensure that others will think twice about engaging in similarly heinous wildlife crimes. Poaching, wildlife trafficking and the sale of bushmeat continue to remain acute problems in Sabah. They must be stopped. The mass slaughter of these placid reptiles has been as good a wake-up call as any. We need stronger enforcement and harsher penalties for poachers and traffickers. Enough is enough.