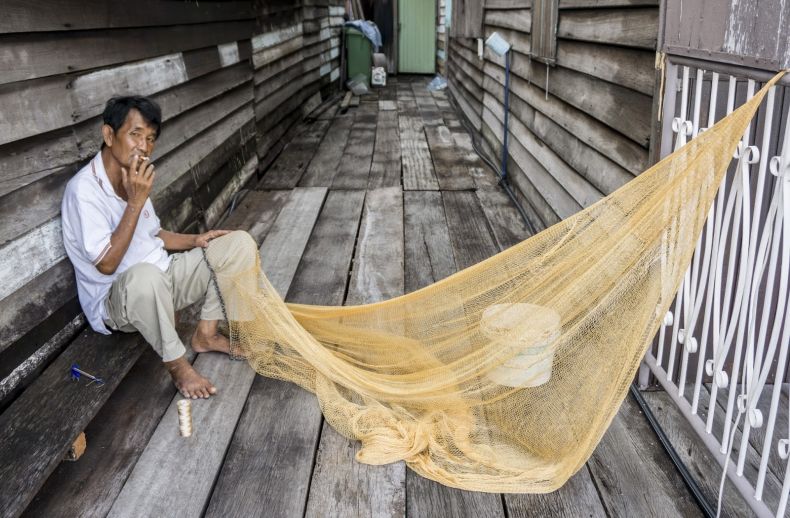 A fisherman takes a breather in Penang. Many such fishermen have seen their livelihoods affected by coastal reclamations. Photo Credit: Flickr

If there is a constant about Penang’s environmental woes, it’s this: land reclamations on the island continue to threaten its environment. At its core, it’s a clear-cut matter: developers on the island want to develop, but space is at a premium because there is only a very limited supply of available space left. That’ why developers, often aided by the local government, are increasingly turning to plots in natural areas both on the coast and in the island’s hilly interior.

Needless to say, many locals, who would be affected by any further development, do not like this one bit. Such locals include fishermen who have been protesting en masse against ongoing and prospective coastal reclamations, which they say are threatening their livelihoods. Areas affected by reclamation projects include Tanjung Tokong, Sungai Gelugor, Jelutong, Batu Uban, Persiaran Gurney and Queensbay, according to local environmentalists. 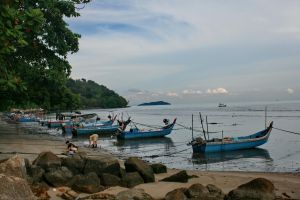 The extensive Penang South Reclamation on Penang’s southern coast alone would involve the creation of three artificial islands, which would cause irreversible damage to the health of the local marine environment. Water would be inevitably polluted and fragile marine ecosystems would suffer grave harm. Fishermen in the area would see fish stocks diminish. Thousands of people who make their living from the sea would be affected.

“We used to be able to get good hauls and net schools of fishes such as white pomfret here, but now we can barely get anything,” one elderly fisherman, Mohd Maidin Abd Hamid, was quoted as saying. The fisherman, whose livelihood has been affected by a reclamation project off Batu Uban near Queensbay Mall, explained that he could make RM1,300 a month in the past but these days “I can barely get RM600 each month.”

He is hardly alone in his plight. “Marine water pollution and ever decreasing fishing zones due to reclamation at the coastal area have caused dwindling fisheries resources and so catches by fishermen have deteriorated to 70 per cent of their daily income,” noted S. Mageswari, a researcher for Sahabat Alam Malaysia (SAM).

The prominent conservationist group has called on the federal government to step in and stop coastal reclamations on the island, arguing that Penang’s own government cannot be trusted to have the interests of local fishermen at heart. “There is no assurance from the Penang state government that such [reclamation] projects do not threaten the environment and [the livelihoods of] fishermen,” Zulkifli Ahmad, an officer of SAM, explained. “So SAM wants the federal government to make a decision to cancel such projects because they clearly cause hardship to the fishermen whose catch have dropped drastically by 70% and fish resources are becoming depleted (due to land reclamation projects).”