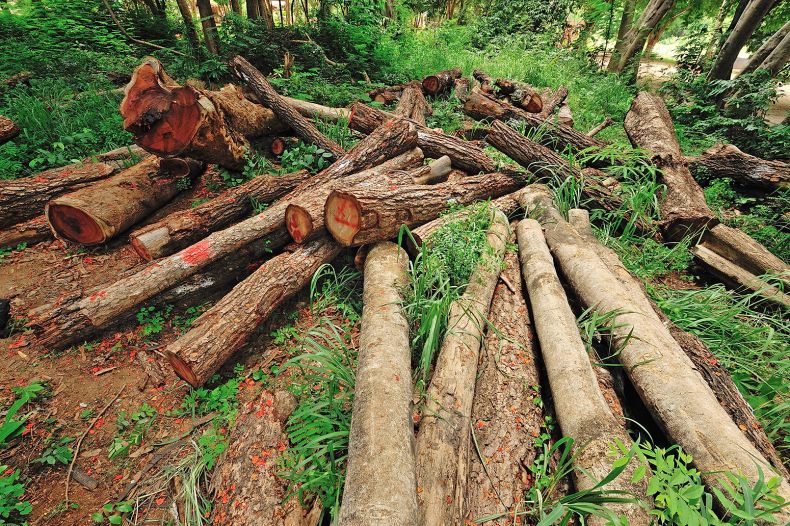 Deforestation continues apace in Sarawak, and much of that deforestation is illegal, or at the very least suspect. Sarawak needs to ensure that no forest is cleared illegally and that all trees that are cut down are done so in a sustainable manner.

With this in mind, the prominent conservationist group World Wide Fund for Nature-Malaysia has called on timber companies in the Bornean state to obtain internationally recognized certification and move towards sustainable forest management methods. “Certification is the way forward to cushion any environmental and social impact to Mother Nature, and Indigenous Peoples who depend on the forests, as well as criticism from international buyers and watchdog organisations, local civil societies and communities,” WWF-Malaysia explains in a statement.

At issue are claims by indigenous communities that a locally operated timber company is destroying large swathes of forest so as to provide Japanese construction companies with high-quality timber for building Tokyo’s new National Stadium ahead of the 2020 Olympic Games held in the city. The company, the indigenous communities allege, is engaged in illegal forest clearing and perpetrating human rights abuses. 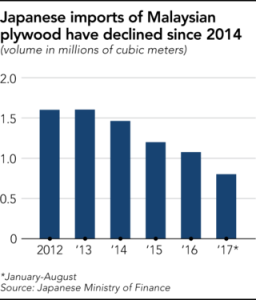 Japanese construction companies rely heavily on lumber sourced from across Southeast Asia, including Malaysia. Japan lacks both the number and quality of trees that its manufacturing sector needs. Yet many trees exported to Japan from places like Sarawak may have been felled in contravention of international conservationist principles and laws. There are growing concerns in Japan about such wanton destruction of virgin tropical forests in Borneo and eslewhere. Encouragingly, Sarawak government, too, has taken steps. It has raised levies on timber extracted locally for plywood exports and introduced other restrictions on logging companies.

Conservationists like WWF-Malaysia, however, are concerned that some timber companies in Sarawak may not be adhering to laws and regulations. “If only credibly certified timber is used,” WWF explains, allegations of wrongdoing can be avoided. “Hence, it is important for Sarawak to come up with a credible legality verification system. At the same time, trading houses in Japan should carry out due diligence to ensure that they are sourcing from credible sources,” the nonprofit elucidates.

Failing that, Japanese companies and consumers should protest with their wallets by refusing to buy timber produced under questionable circumstances in Sarawak. “Should the credibility of any timber products from certain companies in Sarawak remain questionable, they should not be allowed into the market until the concerns have been adequately addressed,” WWF-Malaysia says.